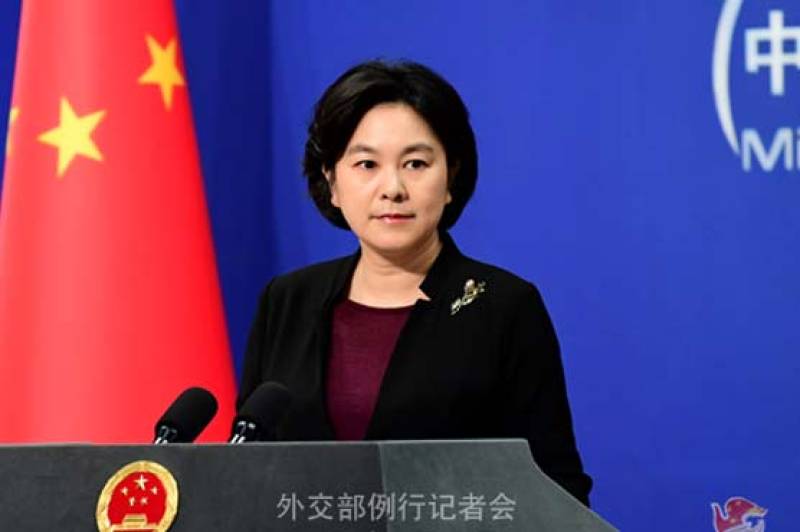 BEIJING - China has always taken Kashmir as an issue between India and Pakistan and hoped that this issue could be resolved through friendly and peaceful negotiations between the two countries as per United Nations Charter and its relevant resolutions, a Chinese Foreign Ministry's Spokesperson Tuesday said.

Talking to a group of journalists from Asian and African countries in Beijing, Chinese Foreign Ministry’s Spokesperson Hua Chunying said that since both India and Pakistan are good neighbours of China, the Chinese side hoped that its great neighbours should be in peaceful terms with each other.

Hua said both India and Pakistan could try their best to resolve the issue peacefully through negotiations.

She said in addition to exchange views on different issues, the border issue between India and China will come under discussion during President Xi’s upcoming visit to India.

Hua Chunying said that the Belt and Road Initiative is purely an initiative for mutually beneficial cooperation and there is no strategic thinking or any hidden agenda behind it.