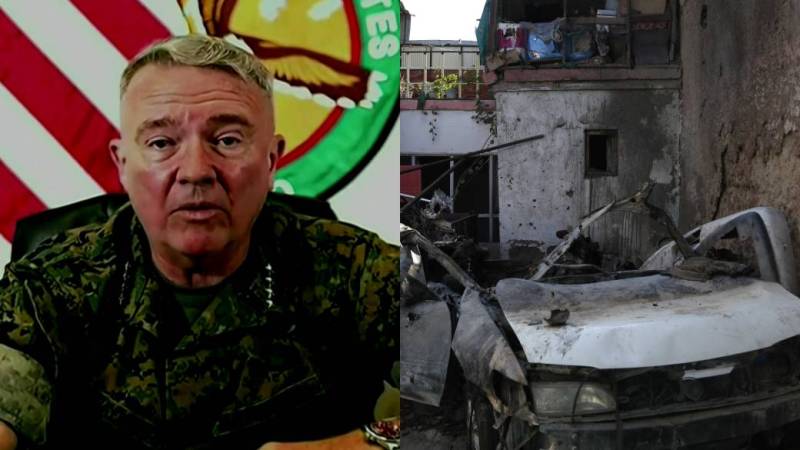 WASHINGTON – A drone strike in the Afghan capital that killed 10 civilians, including seven minors, was conducted after miscalculations by US forces who wrongly attacked a vehicle, a senior US general said Friday after Pentagon claimed to kill ‘IS’ terrorists.

A statement issued by US Central Command chief General Frank McKenzie stated that the US drone raid in Kabul, late in August killed 10 civilians, including children.

He said it was ‘unlikely’ that those killed in the drone attack in Khorasan Province were Islamic State militants. “Having thoroughly reviewed the findings of the investigation and the supporting analysis by interagency partners, I am now convinced that as many as 10 civilians, including up to seven children, were tragically killed in that strike,” the statement further cited.

General Frank McKenzie, the head of U.S. Central Command said that a drone strike in Kabul last month killed as many as 10 civilians, including seven children, and apologized for what he said was a ‘tragic mistake’ https://t.co/hr83oizotB pic.twitter.com/w2oELuM2fB

McKenzie further added that they were confident, upon the intelligence they received, that it had averted an imminent threat to our forces at the Kabul airport. I and other leaders in the department repeatedly asserted the validity of this strike based on the assessment.

KABUL – In less than 48 hours after a suicide bombing killed 175 Afghans other than the 13 US service members at ...

Offering condolences to the grief-stricken families, he said “we launched the strike in the profound belief that IS was readying an attack on the airport in the Afghan capital, following the one three days earlier that killed more than 140 people, with 13 American service members among them”.

Adding that, “I am fully responsible for this strike and this tragic outcome as a combatant commander.”

Earlier, US Secretary of Defense Lloyd Austin also offered condolences to the victims announcing a ‘thorough review’ of the investigation into the attack that will also consider the need to alter strike authorities, procedures, and processes’ in the future.

The attack occurred following the suicide bombing claimed by Islamic State that killed nearly 175 people, including 13 US troops.