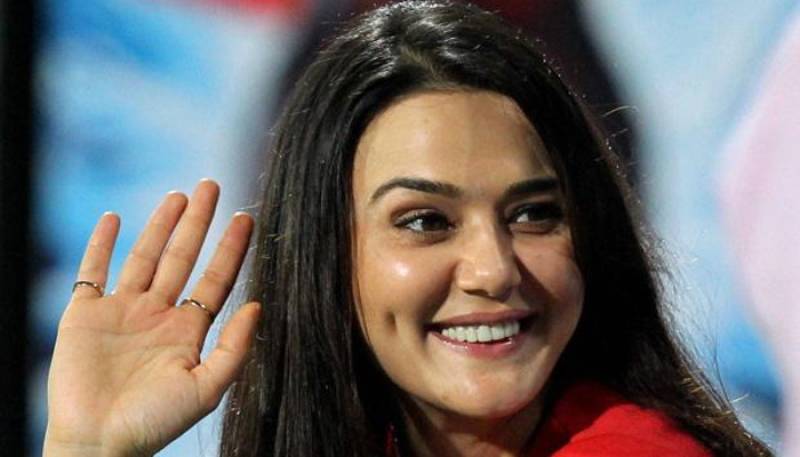 MUMBAI (Web Desk) – Indian actor Preity Zinta has some advice for her counterpart Anushka Sharma, who was trolled on Twitter for her boyfriend, cricketer Virat Kohli's dismal performance in the semi-final of the World Cup 2015.

"These are spineless people who can only whine. I don't think we should give them attention. Next time Virat wins the 'Man of the Match', Anushka should go and take the award. It's strange how she went to support her boyfriend and people made her the butt of jokes," says Preity adding, "It is so unfair how celebrities are targeted and ridiculed for everything."

Preity, who co-owns an IPL team, is hoping that her team performs well in the ongoing tournament. "We were right there in the finals last year. I really hope that we win this year. I think the best thing about our team is that our fans are always supportive," says Preity.

The 40-year-old adds that she is looking forward to seeing the Indian players in her team perform well. "International players are there, but I really want the younger players to do well. I feel this is what makes IPL what it is," says Preity, who was last seen in her debut production Ishkq In Paris (2013).