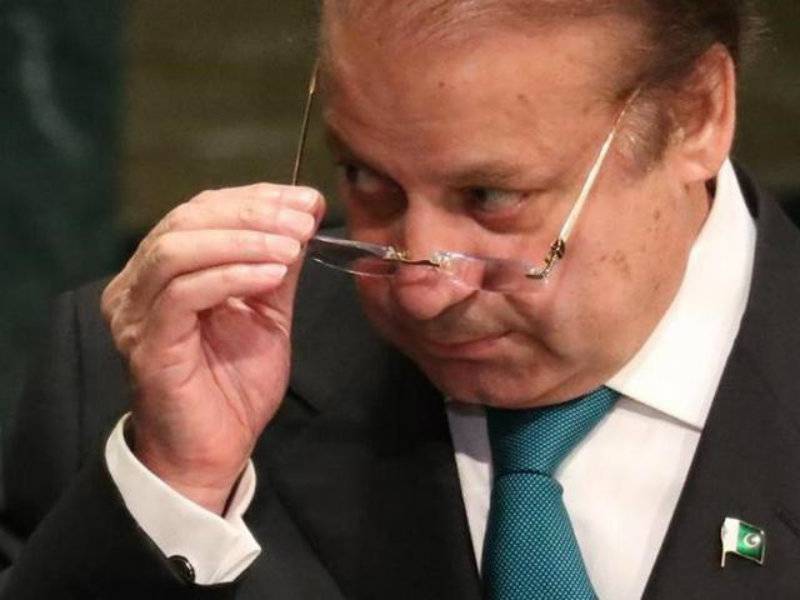 On April 11, a member of the bench hearing the case, Justice Ejaz Afzal Khan observed that the Panamagate verdict – which is being awaited with bated breath – will not just concern the Sharif family, but it will, in fact, set in motion a law which will be practiced for centuries.

The Supreme Court of Pakistan said on February 23, after both the defence and prosecution completed their arguments, that it would reserve its verdict on the Panamagate case and issue a detailed judgement.

According to Dawn, Senior PTI leader Shah Mehmood Qureshi termed it an important decision in the country’s history.

“After waiting 57 days, the decision has come. We hope the decision benefits the country,” Dawn quoted Qureshi as saying.

Awami Muslim League (AML) chief Sheikh Rashid Ahmed, one of the petitioners in

the case, referred to the announcement as a "historical verdict for the subcontinent".

"We will accept whatever verdict the great judges put forth," said Rashid, and added that further course of action will be discussed with the PTI chief on Wednesday.

"Justice will win and corruption will lose," said the AML chief.

Last year, the Panama Papers scandal rocked governments, exposed high-profile personalities, triggered scores of investigations around the world and dealt a blow to Panama as an offshore financial hub.

In the immediate aftermath, Iceland's prime minister was forced to resign after the leak showed his family sheltered assets offshore.

Among other exposed to scrutiny include the Pakistani Prime Minister Nawaz Sharif, former British prime minister David Cameron, and many current and former politicians and associates.

Sharif's alleged wrongdoing came to light as part of a massive leak of secret files from a Panamanian law firm that specialises in setting up offshore companies in tax havens. A trove of 11.5 million digital records from the Panamanian law firm Mossack Fonseca last year revealed how many of the world's wealthy used offshore companies to stash assets.

According to the Panama Papers, three of Sharif's four children - Maryam, Hasan and Hussain - were owners of offshore companies and "were owners or had the right to authorise transactions for several companies." But Sharif and his family have dismissed the allegations of money laundering and denied any wrongdoing.

Since the Panama Papers in June 2016, opposition parties have been jumping at the opportunity to register their protests and mobilise supporters to rally against Nawaz Sharif.

“I can say with surety that…not a single penny went out of Pakistan,” emphasised PM Nawaz Sharif on the floor of parliament on May 16, 2016, soon after details emerged in the Panama Papers. The opposition staged a walkout as Sharif proposed a parliamentary commission to probe the allegations.

On the docket is a set of petitions moved by Advocate Tariq Asad, Jamaat-i-Islami (JI) chief Sirajul Haq, PTI chief Imran Khan and Awami Muslim League head Sheikh Rashid Ahmed asking for the appointment of a judicial commission to investigate the investment made by Prime Minister Nawaz Sharif and members of his family in an offshore investment company called Mossack Fonseca.

The petitioners are also seeking disqualification of the prime minister and his close family members for their alleged investment in offshore companies.

A Supreme Court’s five-member bench, led by Justice Asif Saeed Khosa, took up petitions on 20 October, 2016 and concluded its hearing on 23 February, 2017. “The Supreme Court’s verdict will change the future of Pakistan,” said the PTI chairman in January. 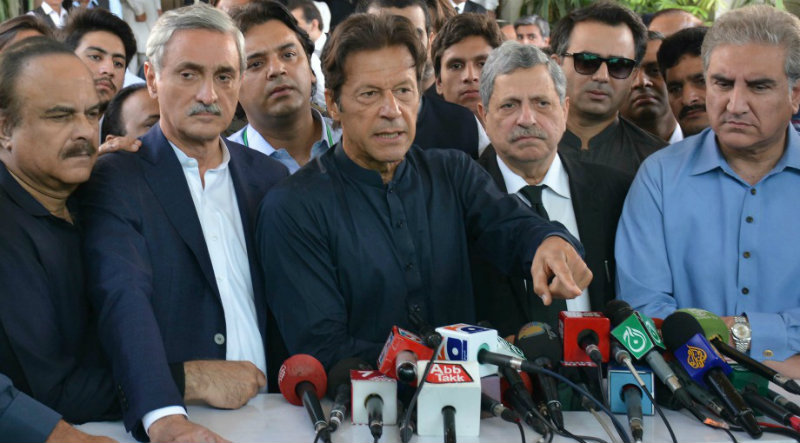 Heading a five-judge bench hearing a slew of petitions against the Sharif family, Justice Asif Saeed Khosa observed that 26,000 pages were submitted in the case and the judges will read "each word" of it. He observed that it was not a case wherein a short order could be passed.

"The court will decide the case only after considering the material submitted in the court and will announce its verdict in accordance with the law and Constitution," Justice Khosa said earlier this year.

"We will decide this case only by the law; such that people will say, 20 years down the line, that this judgement was made by the book," Justice Khosa said. 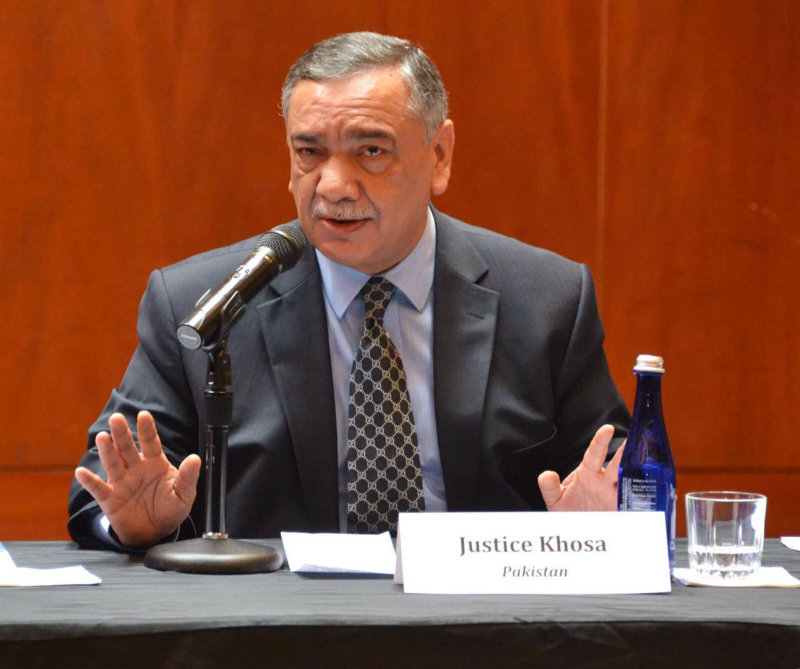 The spotlight is now on Khosa, as Pakistan awaits this important verdict.

The opposition says that in previous corruption cases legal proceedings hardly moved beyond basic stages and leaders were acquitted. But this time there is no obscurity - the highest court bench is deliberating upon the petition. The dynamics are perceptibly different, as the petition is based on information exposed not by a political party in Pakistan but by a 108-strong network of news organisations globally, the International Consortium of Investigative Journalists (ICIJ), which recently won the Pulitzer Prize for uncovering the corruption net.

PTI leader and member of the national assembly Shafqat Mahmood says, “Panama papers reaching the apex court has put the issue of corruption centre stage in Pakistani politics. Hopefully this will be the beginning of real accountability for corrupt politicians, bureaucracy and state institutions.”

On the other hand, Minister for Railways Khawaja Saad Rafique said that PML-N would respect whatever decision would be given by the Supreme Court in the case. He said the court's decision was about to come and all the parties in the case should get ready to accept it. "You may have your own reservations and feelings but you have to respect the court's decision," Saad said.

The Panamagate case, the verdict on which has been reserved since February 23, even led to speculations on whether the army played any role behind the scenes. On April 8, Major General Asif Ghafoor, the Pakistan army spokesperson, tweeted to deny allegations.

Response to Q on Panama in UK reported incomplete / out of context. Army, like every Pakistani awaits a decision based on justice and merit.

Regardless of whether circumstances exist to disqualify Sharif as prime minister, any doubt cast by the final verdict could jeopardise the future political prospects of Sharif and his daughter Maryam, who is being seen as the future leader of the party in the years ahead. 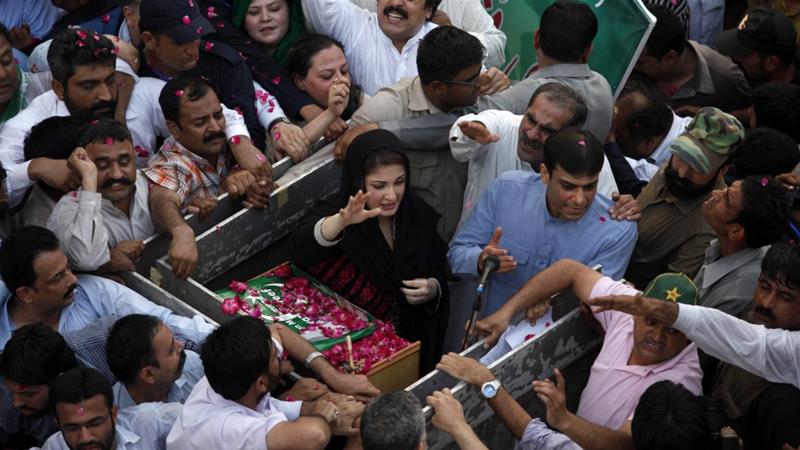 All eyes on Supreme Court!