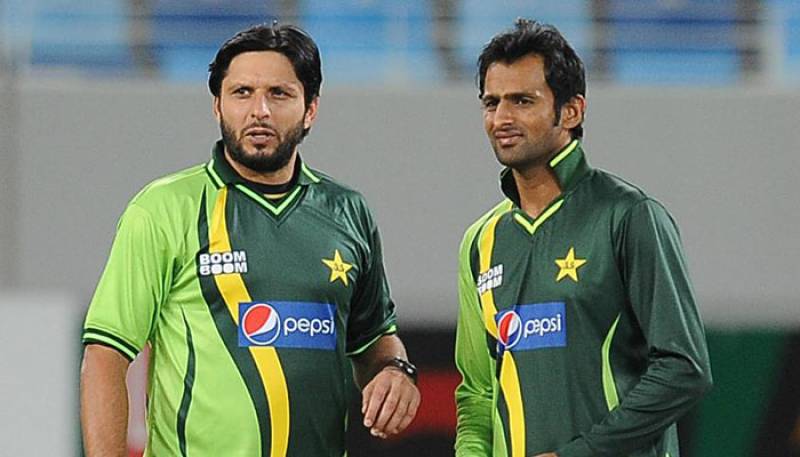 DUBAI - Shahid Afridi, Shoaib Malik, and Thisara Perera have confirmed their participation for the ICC World XI in a T20I against the Windies to be played at Lord’s on 31 May, the International Cricket Council said in a statement Thursday.

The match is being organised to raise funds for stadia in the Caribbean that were badly damaged following Hurricanes Irma and Maria last year, it added.

Afridi and Malik were part of the Pakistan squad that won the ICC World T20 2009 at Lord’s, while Perera was a member of the Sri Lanka side that lifted the silverware in Dhaka in 2014.

“I am humbled to have been selected for such a noble cause"@SAfridiOfficial is joining the ICC World XI to face West Indies at Lord's in aid of hurricane restoration in the Caribbean. https://t.co/c0bqcYqEdg#CricketRelief pic.twitter.com/FRt7wl79ou

The three World T20 winners will lend a lot of weight to the ICC World XI side which will see more names being added in what is expected to be a star-studded line-up led by England’s white-ball captain Eoin Morgan, who has already been confirmed to lead the side.

Both Afridi and Malik expressed gratitude for being selected for the 'noble cause'.

Carlos Brathwaite-led Windies too are a strong side boasting big names like Chris Gayle, Marlon Samuels, Samuel Badree and Andre Russell and will be looking to give off their best and show the might that helped them win the ICC World Twenty20 title two years ago.