A look inside Solis festival: Was the event worth the hype? 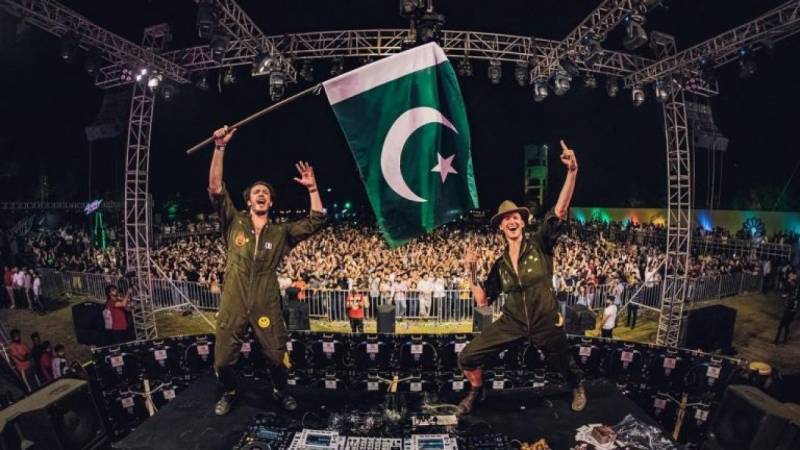 LAHORE - We attended Solis festival on the 13th of April, Saturday. Saturdays are mostly supposed to be fun days when we just let go and we meet up with loved ones for some quality time to remember. Solis festival being scheduled over the weekend was a bonus for us working people who need some spark during our off days.

So what was it really like? The hype was out of this world, for starters. People were going gaga over the music and arts festival, and we admit, so were we.

International artists such as Burak Yeter, Mike Williams, Zonderling and FDVM participated in the show which made people excited for the concert weeks before it was to actually take place.

Now coming to the day when it happened and when we were present there, the first thing we encountered was rudeness by the man in charge of the first gate. He was not ready to listen that we were media, that is absolutely fine too, we paid the full amount for the tickets. But the rudeness was uncalled for. If your men are tired at the gate, kick them out and bring the ones who are not as exhausted. No one wants to see a grumpy face at the first gate.

Secondly, after various checkpoints and slow pointless checking, there was no separate line for couples until all of a sudden they decided to let us know that there was actually a queue for couples and we were wasting our time by waiting in the longer queue for so long.

Thirdly, when we entered, we instantly wondered what the checking was all about because the crowd was clearly horrible. Simply, HORRIBLE!

In an Instagram live session, a girl recently shared how she was dragged and groped by a mob in the crowd.

“I was pretty excited for this,” she started her account, “When we entered (I was with a lot of male friends), I noticed there were a lot of guys and that wasn’t unusual or a problem. They were staring, but that was a common occurrence, so it didn’t bother me.”

Things changed for the worse as soon as she entered the crowd.

“People kept on touching me and I had friends who were dealing with it,” Khan continued. “I was with my sister. And towards the end, I was in the crowd (near the stage); an incident happened that was really scary. It felt like a matter of life and death. A security guard grabbed me aggressively (physically and sexually). I told my friend about it. When he came to inquire, the same guard pretended to be asking if everything was okay.”

Khan shared she called the guard out and told her friend it was the same guy who ‘molested her’. The guard then asked her and the friend to move to one side. That’s when Khan felt multiple hands grabbing her from the crowd.

“I felt like it was all planned. My sister at the back of the crowd was dealing with a similar situation. When she noticed it was me who was in the crowd, fighting, she came running in,” added Khan. “It was a mob attack. There were a lot of people and it was clear their intention was more than just touching and feeling the girls.”

“I instantly threw up. I felt so disgusted with the people who did it and with myself. I’m so embarrassed. My friends tried to tell other security guards, they said there was nothing they could do. They told us that you have to talk to the heads about it.”

The organisers of the event took to Instagram and apologised.

“We’ve received a number of messages concerning the security of Solis Lahore. Our goal is to bring an international experience to Pakistan’s finest cities. The general safety of our guests is an important part of this experience. We have been in contact with the company hire to manage the security of the event and are awaiting a statement addressing the matter,” the organisers shared.

SSB bouncers Pakistan, the company responsible for providing security at the festival has also issued an apology. However the damage is done now.