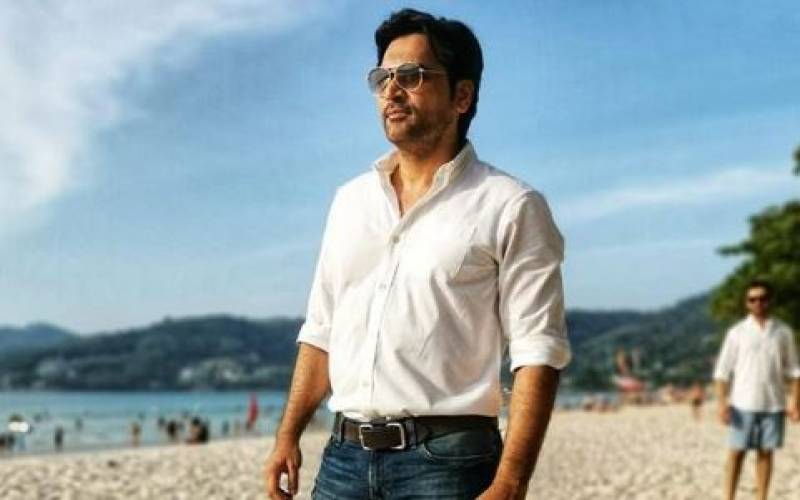 KARACHI - Pakistani  star Humayun Saeed needs no introduction. Saeed has been entertaining the audience with his amazing acting skills for a long time now.

However, this year, we will not be having any Humayun Saeed film gracing the theatres. But it seems Humayun Saeed is seeking major fitness goals these days to get in top shape for his next, whenever that comes out.

Recently the Jawani Phir Nahi Ani star shared a ‘battle rope’ workout video on social media describing how much workout is needed when you’re fond of eating Biryani and Nihari.

LAHORE - In an interview with Images Dawn, Humayun Saeed gave a response that made us wonder why does he need to hide ...

People were quick to respond to Humayun's workout video and they were praising the actor's fit routine. Celebs including Mawra Hocane and Ali Zafar also commented on Saeed's workout video:

Humayun Saeed is not only a sought-after name in films but the actor is also popular in the brand circuit also. Saeed's popularity not only translates into box office collection but a testimony of the same is seen on social media with the famed Pakistani superstar enjoying a huge fan base across platforms.

Punjab Nahi Jaungi has garnered over PKR150 million ever since its release on Eid-ul-Azha last week, making it one of ...

On the workfront, Humayun Saeed was last seen in Project Ghazi. He is reported to have undergone intense fitness training for his role in the film.