Bollywood diva Alia Bhatt just dropped a hilarious comment on a Pakistani rapper Muhammad Shah post who is often in the limelight for his witty tributes to star Hania Aamir.

With a growing fanbase in a short span of time, Muhammad Shah has been quite vocal about his admiration for the Ishqiya star and now the rapper wishes to converse with the Raazi star.

Turning to Instagram handle, his What if' series is amusing as he wishes to talk to Bhatt directly. While he asks her to come closer, but the comedian is not dismissive of the pandemic.

Alia Bhatt replied to the video and commented "Bohut hard". 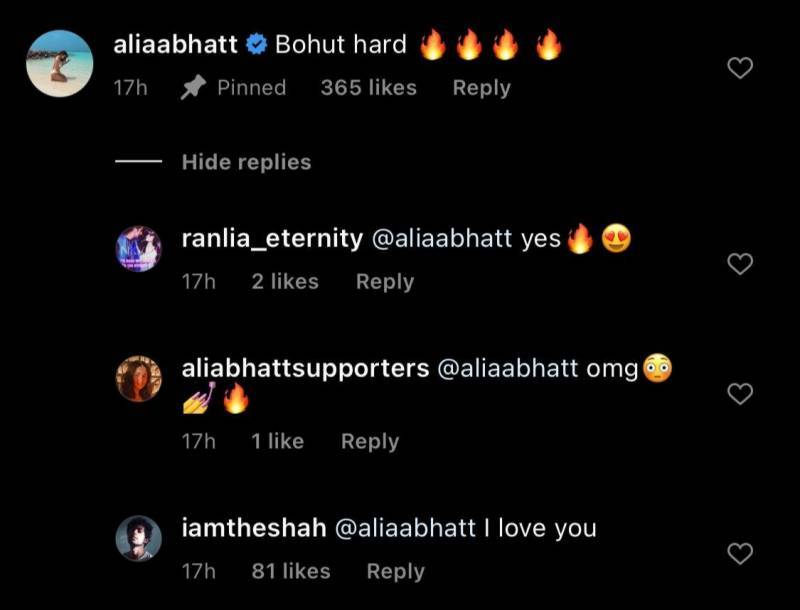 Earlier, Shah made a video dedicated to Aamir. The Parwaz Hai Junoon star sniffed out the interest on social media and commented.

Unfortunately for Shah, Aamir never actually specified the 16th of which month so that was that.

The iconic Ali Gul Pir has won the hearts of the Pakistani audience and Shah's work is another example of subtle humour.