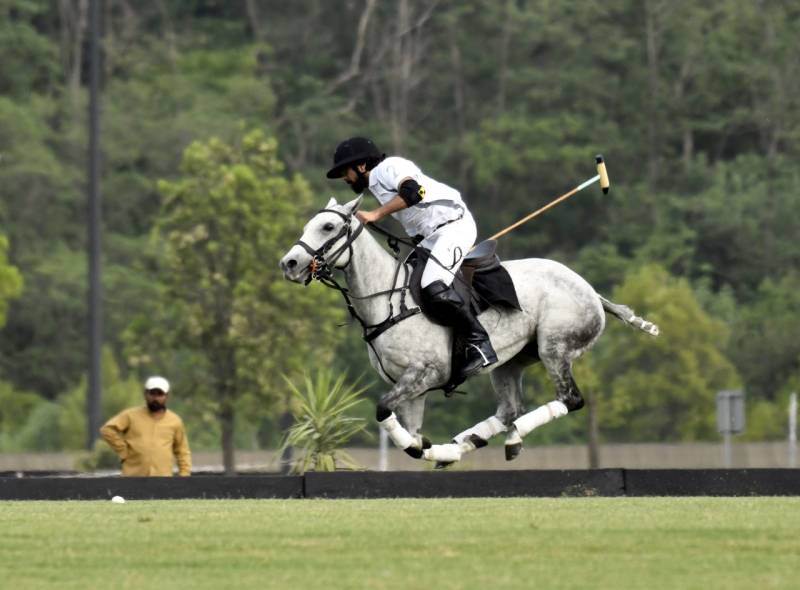 In the first match of the day, Team BN Polo proved too hot for Team The Guards and toppled them by a huge margin of 11-4. Eulogio Celestino emerged as player of the match as he fired in four fantastic goals. His teammates also played like a unit and contributed with significant goals that helped BN Polo record a massive victory. Haider Naseem also played superb polo and hammered a hat-trick of goals while Ahmed Ali Tiwana and Baber Naseem banged in a brace each from the winning side.

Team Asean player tried hard to tame the high-flying BN Polo players but their efforts were futile as they lost the opener by 4-11. Although they started the match having two goals handicap advantage yet they couldn't get benefit from it, thus conceded too many goals in the process. Only Mumtaz Abbas Niazi and Hashir Niazi succeeded in converting one goal apiece.

The second match of the opening day saw Team Asean recording a comfortable 9-3.5 triumph against Sheikh Enterprises, thanks to foreign player Bauti Fenell, who did magic with his mallet and horse and hammered an impressive hat-trick while Raja Jalal Arslan, Haider Asad and Hashim Asad also played well and converted one goal apiece from the winning team.

Team Sheikh Enterprises, which had two and a half goal handicap advantage, couldn't resist the Team Asean's attack well and kept on conceding goals, thus losing the opening match by a margin of 3.5-9. The only goal from the losing side was scored by Ismail Afzal.