In a first, Pakistani mangoes reach Russia via road 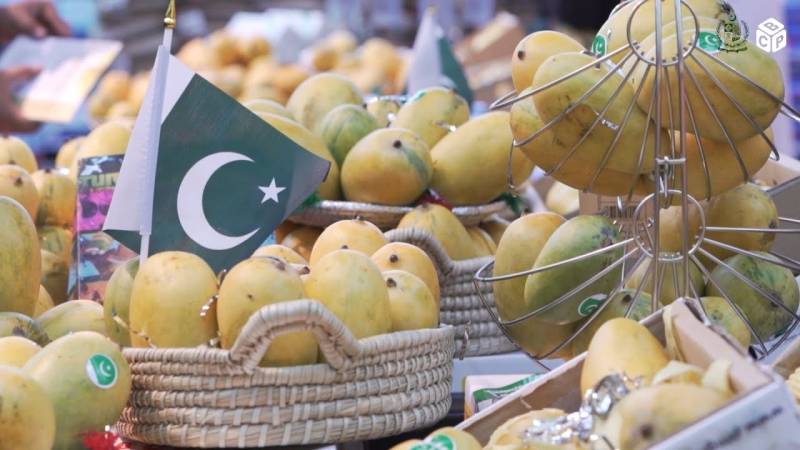 ISLAMABAD – Pakistan Customs and Federal Board of Revenue (FBR) have processed a consignment of White Chaunsa mangoes from Pakistan to Russia under the multilateral treaty.

Reports quoting the Federal Board of Revenue (FBR) cited that this is one of the first endeavors to introduce Pakistani fresh fruits and indigenous goods to Russia as both sides have made concerted efforts to establish the foundation for a mutually beneficial relationship.

The statement of the federal agency further added that the exports of mangoes to Russia via International Road Transports will help the Pakistani traders to capture markets in European countries.

The consignment was destined for Moscow via the Tehran-Astara-Astrakhan route which totaled around 4600 km and will be covered in a week's time.

I urge our exporters to utilise this route which is not only more economical but also takes less time.@aliya_hamza #Pakistan #Russia #pakistanmovingforward #Exports @mincompk #Trade

“I congratulate Ishfaq & Co on becoming the first company to have exported mangoes to Russia via road under the TIR, it opens new vistas for our exports to Russia & Europe via land route," he captioned the post.

Meanwhile, instant TIR transportation will also makes kinnow exports easy, which will take around 10 days to reach Moscow through the Tehran-Astara-Astra Khan route contrary to the sea route that takes more than a month.

The South Asian country has made gains in recent times when it comes to the export of mangoes with Australia and Japan.

Earlier, Adviser for Commerce atnd Investment Razzaq Dawood expressed hope that the exports of Pakistan would reach $50 billion owing to the policy of trade diversification in potential trade sectors by the last fiscal year of the current government.

“Make in Pakistan is the government’s top priority trade policy, which aimed to introduce traditional and non-traditional export sectors and local products in the international trade market”, he said.