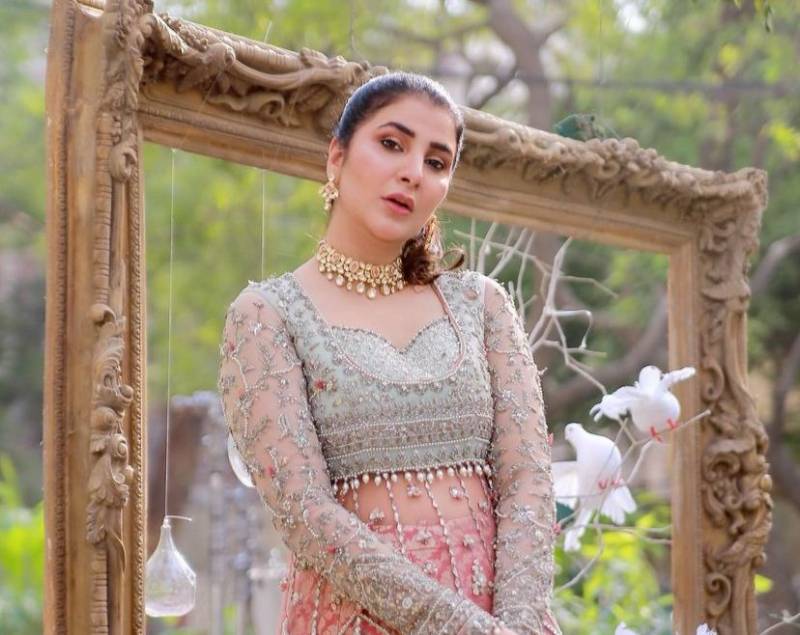 Popular model-actor Areeba Habib is one of the most beautiful faces of the television industry. Despite being around for just a short while, she has solidified her place in the audiences’ hearts, thanks to her stunning looks and dazzling smile.

Documenting fun times in Germany with her husband Saadain, the Jalan actress gave a sneak peek of her adventurous life that included glimpses of scrumptious food, fun sights and much more.

Sharing an Instagram story, the Koi Chand Rakh star dropped a cool video where she was twirling and narrated that there is a legend that whoever spins here , good fortune becomes his/her future.

On the work front, Areeba Habib was praised for her performance in the drama serial Nehar co-starring Saboor Aly, Shafaat Ali and Osama Tahir.

Lollywood diva Areeba Habib has proved from time to time that she is quite the star performer as she effortlessly ...