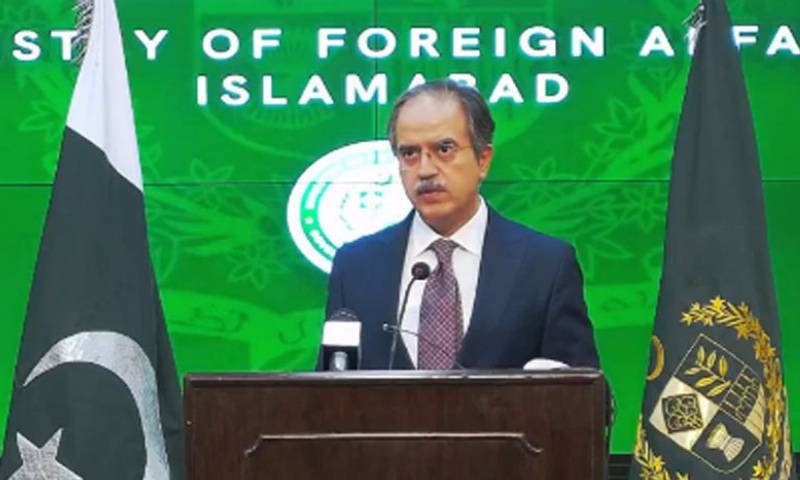 The latest announcement of permitting even temporary residents in the occupied territory, including outside workforce and security personnel, to register as “voters” is a clear manifestation of the treacherous Indian design to influence the outcome of ‘so-called’ elections in the IIOJK, said FO spokesperson Asim Iftikhar in a statement.

Pakistan reiterates its complete rejection of India’s entire litany of steps aimed at turning the Muslim majority in IIOJK into a minority — including the formulation of the so-called ‘Delimitation’ Commission and its baseless report, the issuance of fake Kashmiri domiciles to millions of outsiders, and changes in the property laws. Despite its reprehensible measures that have followed the illegal and unilateral actions of 5 August 2019, India will not be able to break the will of the Kashmiri people or to mislead the world community.

The government of India must desist from all actions in the IIOJK that violate the international law, the UN Charter, and the 4th Geneva Convention. India must also release all political prisoners detained on trumped-up charges, halt human rights violations in the IIOJK, lift the brutal military siege, and let the Kashmiris exercise their legitimate right to self-determination as stipulated in the relevant UN Security Council resolutions.

Pakistan also calls upon the international community to take immediate cognizance of the blatant Indian attempts at effecting illegal demographic changes in the IIOJK and to hold India to account.