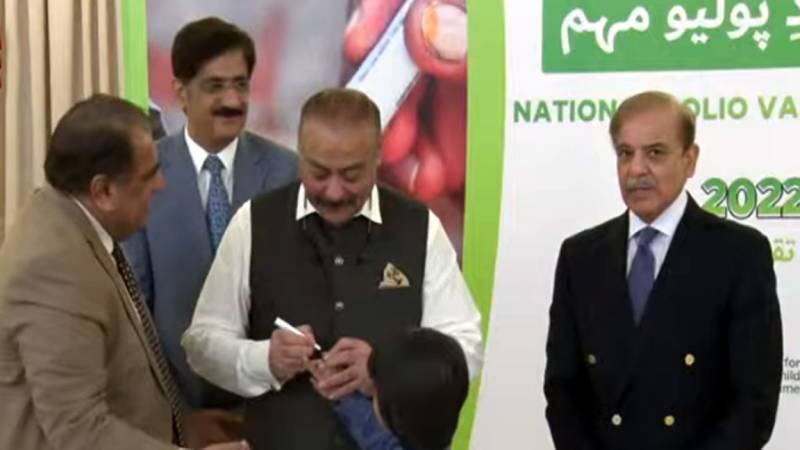 Speaking on the occasion, he urged parents to get their children under the age of five vaccinated to eradicate polio from the country.

The prime minister lauded the efforts of polio workers for elimination of the menace from the country. He paid rich tribute to those who sacrificed their lives in the line of their duty in fight against polio. He also thanked the health department and polio teams in this regard.

This year's overall tally of Pakistan has reached to 14, the Ministry of Health confirmed last month, adding that most of the cases were detected in North Waziristan district.

TANK – Two policemen deployed for the security of polio teams were martyred when unidentified men opened fire at ...