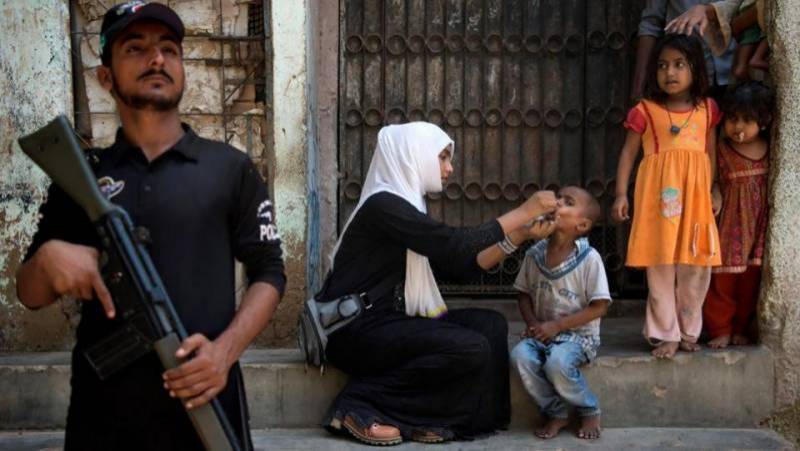 TANK – Two policemen deployed for the security of polio teams were martyred when unidentified men opened fire at cops in Tank district of Khyber-Pakhtunkhwa.

It added that the cops were gunned down by unknown terrorists near the Kacha Graha area of District Tank.

Reports in local media said a large number of law enforcers rushed to the scene and cordoned it off, but the attackers managed to escape.

The recent incident occurred amid national anti-polio campaign which started in parts of country after new cases reported in North Waziristan. At least 14 polio cases have so far been reported in South Asian country this year and all of them are from Khyber Pakhtunkhwa.

Meanwhile, Prime Minister Shehbaz Sharif has strongly condemned the attack on a polio team, saying the enemies of the health of the nation’s young generation would be strongly dealt with.

The premier expressed sympathies with the cops who lost lives in the line of duty and said the nation paid tribute to the great sacrifices rendered by police. He added that miscreants wanted to make the children of the country suffer from disabilities due to the crippling disease.

More than 100 people associated with the polio drive have been killed across Pakistan in the past decade.

Militants often target polio teams and policemen assigned to protect them claiming the vaccination campaigns as a ‘Western conspiracy’.