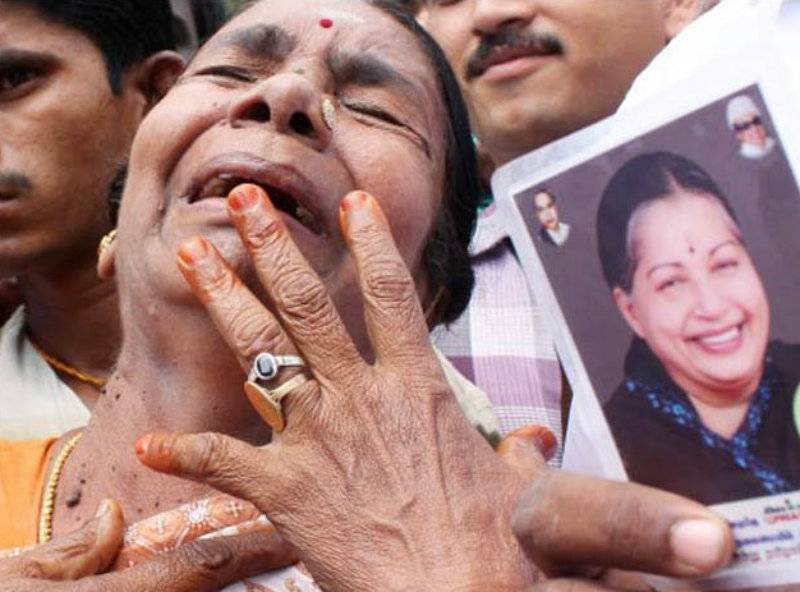 CHENNAI - As many as 597 people, unable to bear the demise of former chief minister J Jayalalithaa, have died across the southern Indian state of Tamil Nadu.

Total 597 people died, unable to bear death of Puratchi Thalaivi Amma, ₹3 lakh aid will be given to each families.

The party also announced Rs 50,000 each to eight people for medical treatment.

Jayalalithaa Jayaram was an Indian actress and politician who served as the Chief Minister of Tamil Nadu for five terms, over fourteen years between 1991 and 2016. She died on December 5.