So what couldn't Neelam Munir and Ahsan Khan hide from us? 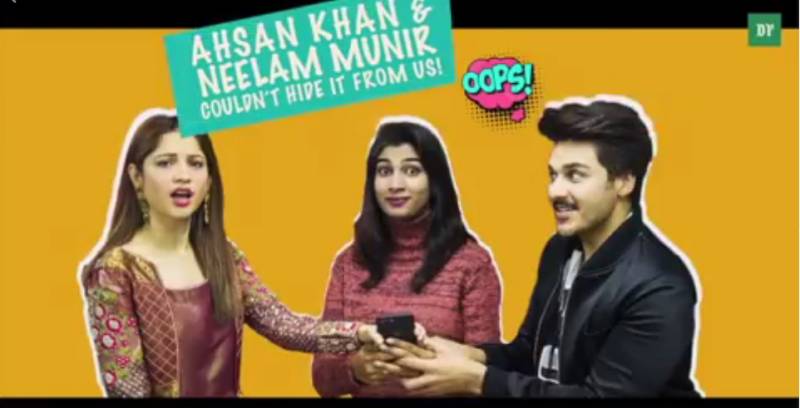 LAHORE - With their upcoming film 'Chupan Chupai' set to release soon in the coming year, Ahsan Khan and Neelam Munir have been busy with promotions.

Our team recently caught up with the duo and did an exclusive interview full of shenanigans and fun, just like their film.

But we also hear that there is something they couldn't hide from us! So, what was that they could not hide?

Without further ado, here is the exclusive video interview. Enjoy!

The film is written and directed by Mohsin Ali (Wrong Number) and produced by Ray Khan and Zayed Sheikh under the banner of Huzu Productions.

We simply cannot wait for it!

Karachi: The trailer of upcoming Pakistani comedy movie Chupan Chupai was unveiled on November 22, 2017 at Nueplex ...