Sonu Nigam clarifies statement regarding his desire to be from Pakistan 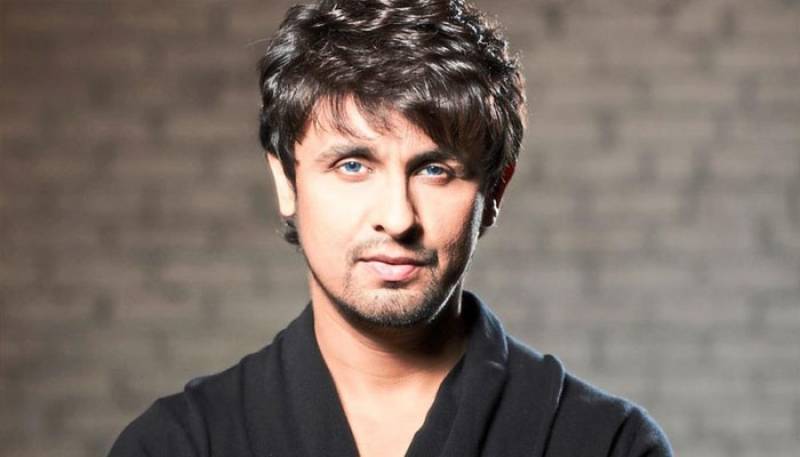 LAHORE -Bollywood singer Sonu Nigam on Wednesday posted an official statement over the row stirred up by a statement in which he said he wanted to be a Pakistani singer instead of an Indian one.

The singer clarified that his basic point had to do with how concert remunerations work in India, and how Pakistani singers were given undue advantage. He also said that it had unnecessarily been reduced to a controversial statement.

He shared that music companies waive off 40-50% fees for non-Indian singers, but do not extend the same courtesy to Indian singers.

He took to Facebook adding that the real content has been missed. His post read, “Sometimes in an attempt to make headlines catchy and sensational, some journalists miss the real content. Yesterday's Aajtak Summit happened so amazing, and look what have they reduced it to..."

His post further read, "My point about being better off being born in Pakistan was about the music companies in India asking Indian singers to pay 40-50% of their concerts remunerations to them, and only then they'll work with those artists.. but they don't ask the same from the singers from abroad, namely Pakistan..!

The 45-years old singer had reportedly said that if a singer refused to cough up the money, the gig would go to someone else.  This is not the first time Nigam has made a statement such as this. 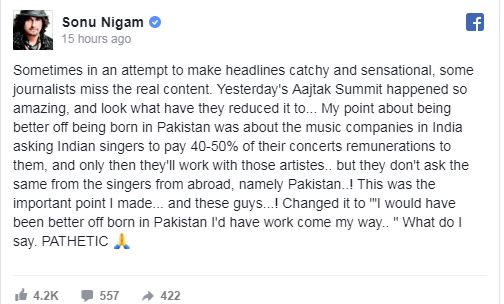 The singer, who received major social media backlash for his comment, added that the important point got lost in the noise.

Have anything to add? Share with us in the comments below.