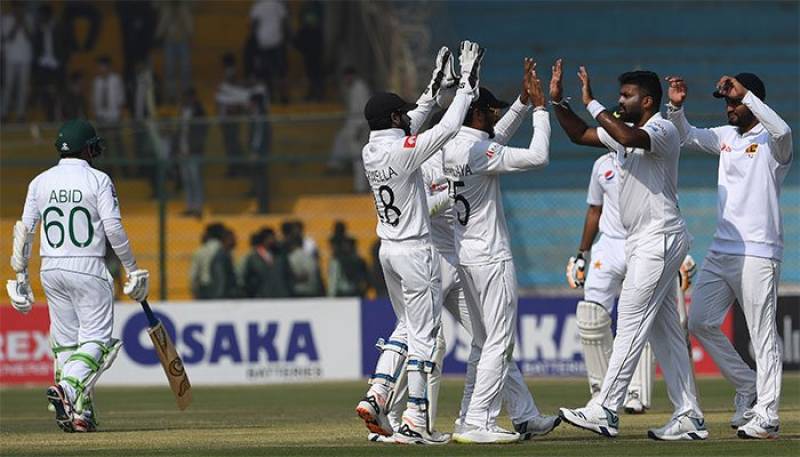 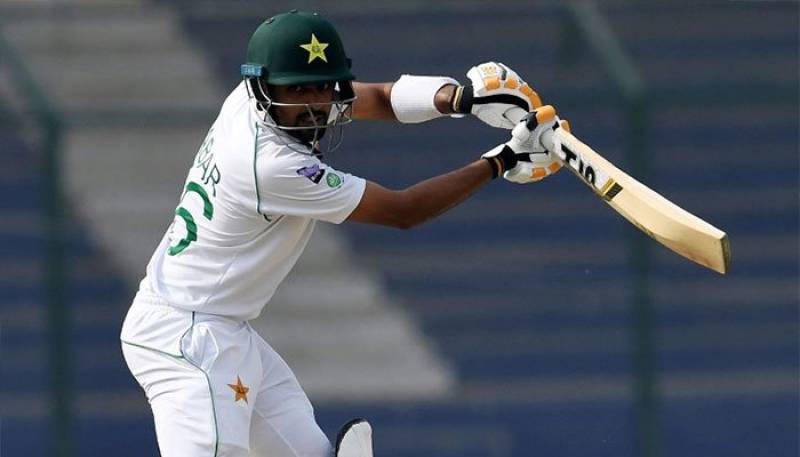 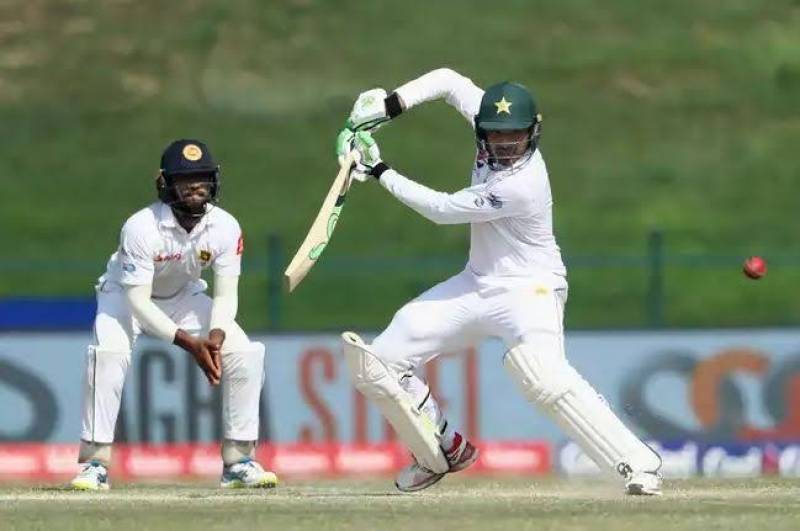 KARACHI - Pakistan fought back after being dismissed relatively cheaply on Thursday as bowlers dominated the opening day of the second Test against Sri Lanka in Karachi.

Lahiru Kumara and Lasith Embuldeniya grabbed four wickets each to dismiss Pakistan for just 191 before the home team had the visitors at 64-3 at stumps at the National Stadium.

But Pakistan staged a fightback with the wickets of Oshada Fernando (four), Dimuth Karunaratne (25) and Kusal Mendis (13) leaving Sri Lanka still 127 runs behind on the first innings.

At stumps, Angelo Mathews was eight not out and nightwatchman Embuldeniya unbeaten on three.

Pakistan were well set at 127-3 with Babar Azam (60) and Asad Shafiq (63) involved in a 62-run stand for the fourth wicket, but once Azam fell the home side lost their last six wickets for just 24 runs.

Azam was shaping well after scoring his 13th half-century before Embuldeniya had him stumped off a well-disguised delivery.

Fernando's new-ball partner Kumara dismissed first Test centurion Abid Ali for 38 to end a third-wicket partnership of 55, which had lifted Pakistan from a precarious 10 for two.

Fernando thought he had Azam leg-before on four, but TV referrals showed the ball hit the bat first.

It was Fernando who provided Sri Lanka with early breakthroughs.

He angled one into Masood to hit his off stump before clean bowling skipper Azhar with a full-length delivery.

That left Azhar without a fifty in 13 innings, including nine scores of under 10.

The two-match series is the first in Pakistan since a militant attack on the Sri Lankan team bus killed eight people in March 2009, leading to the suspension of international cricket in the country over security fears.