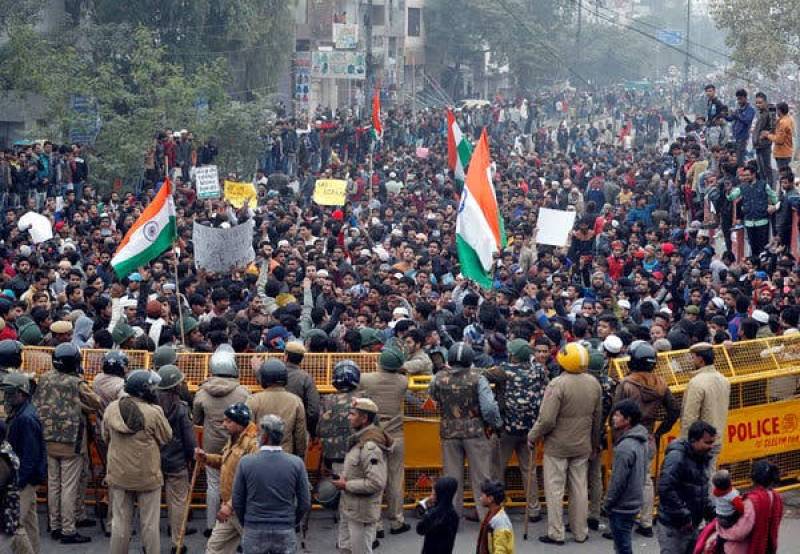 NEW DELHI – Violent protests against controversial new citizenship law are expected to attract large crowds in major cities on Thursday after large gatherings were banned in key regions and the capital in an attempt to clamp down on the demonstrations.

The latest round of protests came as the Supreme Court rejected pleas for an immediate stay on the legislation, but deferred the case to next month.

Petitioners have said the legislation is unconstitutional and counter to India 's cherished secular traditions, the Radio Pakistan reported.

Meanwhile, students have taken to social media to wage battle online and teach people how to organize demonstrations.