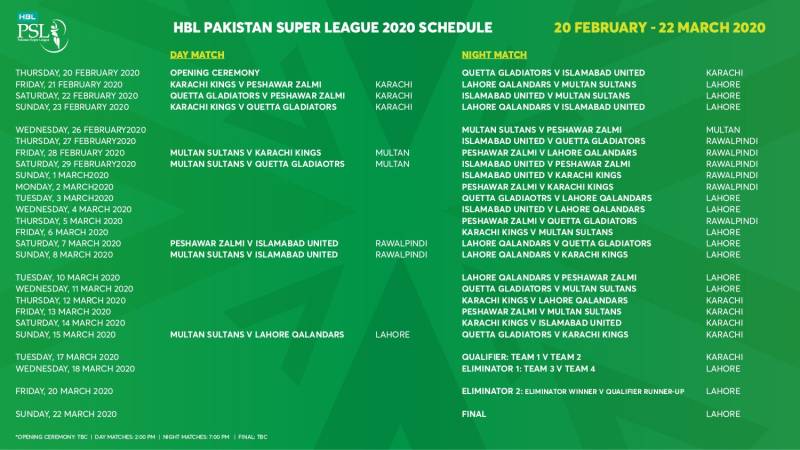 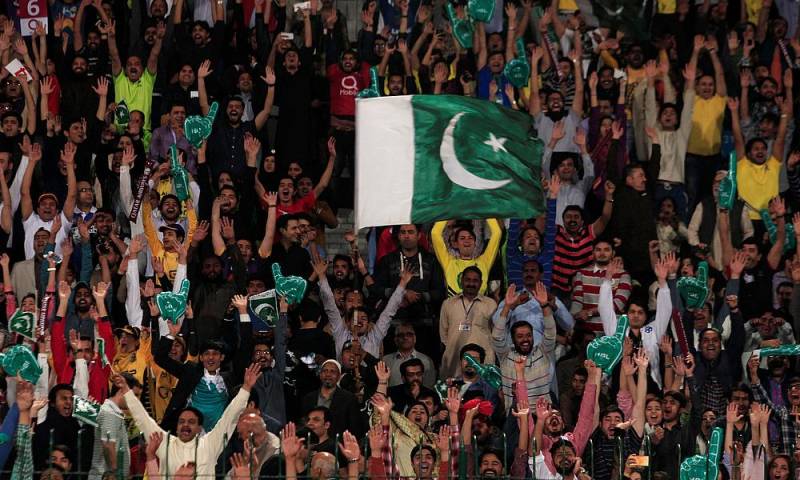 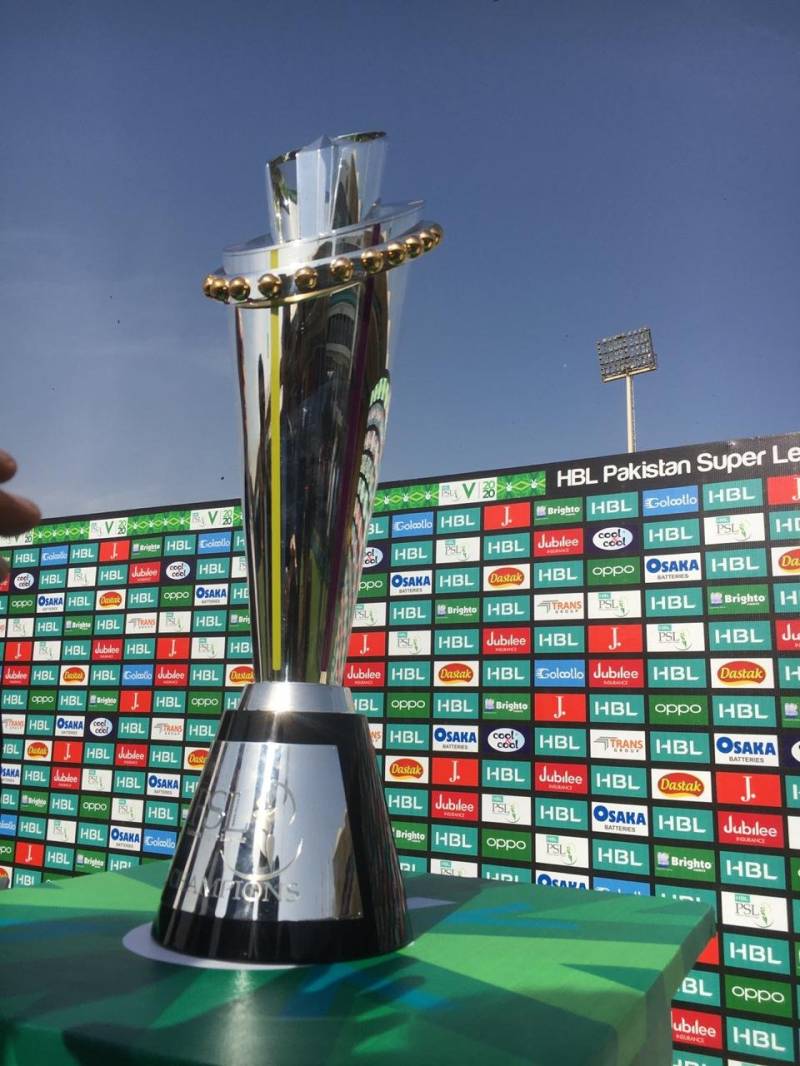 LAHORE – The 5th edition of the Pakistan Super League (PSL) is set to get underway in Karachi from Thursday (February 20) and conclude on March 22.

The opening ceremony of the mega event will take place at National Stadium, where more than 350 artists are going to perform to what is expected to be a full house.

All the 34 matches of the T20 tournament will be played in four cities, Karachi, Lahore, Rawalpindi and Multan.

The playoffs, including the final, will be played at the Qaddafi Stadium in Lahore.