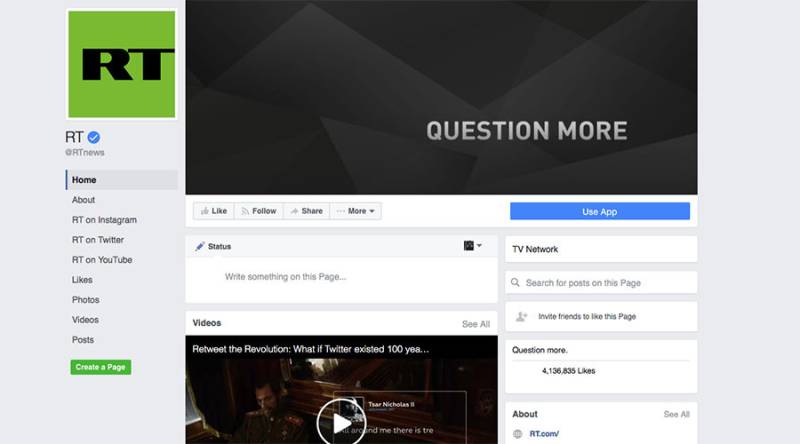 MOSCOW - State-run Russian television RT has been blocked from posting content to its Facebook page, here on Wednesday night.

The ban, according to Facebook, will last until Saturday and will extend across US president-elect Donald Trump’s inauguration.

Initially, the ban was imposed as the page was broadcasting the farewell press conference of outgoing US president Barack Obama through Facebook's live feature.

'We were blocked while live streaming Obama’s final press conference. Such things happen because (for example)!some other news media live streams carry the same shots and feed, and Facebook considers this a copyright violation' said a post on RT's page.

RT's facebook page has been barred from uploading any lives, videos, articles, GIFs and can now post text only.

A misplaced live-rights strike seems to have triggered the block. Working with FB team to rectify. @RT_com @RT_PressOffice_