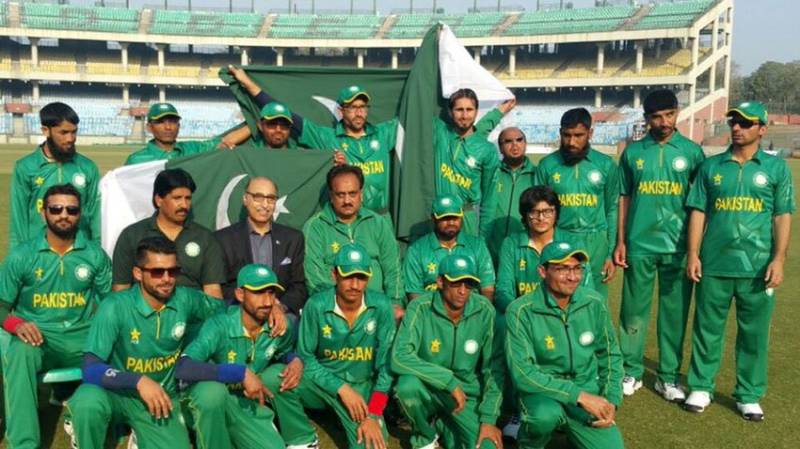 SHARJAH - India beat Pakistan by two wickets in the final of 5th Blind Cricket World Cup in Sharjah on Saturday.

Batting first, Pakistan scored 308 for the loss of eight wickets in allocated 40 overs after they were sent into bat first by India who won the toss.

In response, India reached the target in the penultimate over with two wickets remaining. Although Pakistan got three consecutive wickets as India was inching towards the target but a wide-ball that went to cross the boundary confirmed India’s victory in the final.

This is India’s second title win in the Blind Cricket World Cup. Pakistan has also won the title twice while South Africa won the title once.

Although Pakistan is the official host for the tournament, India played all their matches in UAE. The United Arab Emirates has been the second home for Pakistan cricket since the terrorist attack on the Sri Lankan team in 2009.

While India, on the other hand, beat Sri Lanka, Pakistan, Bangladesh, and Nepal. Whereas, their first match against Australia was washed out due to rain. India beat Bangladesh by seven-wickets in the semi-finals to proceed to the finals.