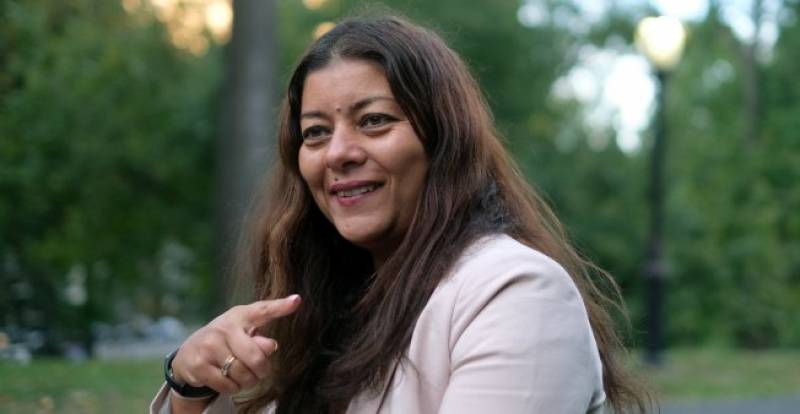 PARIS: US based French journalist, Sandra Muller, who started France’s answer to the #MeToo campaign has stated on Thursday that she was being sued for slander by the man she had accused of lewd remarks.

Senior French TV executive Eric Brion reportedly humiliated Muller in a Twitter post on October 13 by saying, “You have big breasts. You are my type of woman. I will make you orgasm all night.”

Muller who started the #balancetonporc (Squeal on your pig) movement with a post that triggered a deluge of similar harassment accounts, following the allegations against Harvey Weinstein.

The post has since then led to multitudes of harassment and assault stories coming out, which were a step forward in ending a culture of permissiveness in France towards harassment and unwanted advances of any kind.

According to Muller, “#balancetonporc has allowed victims to make their voices heard and shed light on a real societal problem that remains taboo.”

However, the story took an unexpected twist when on Thursday, Muller reported that after publicly apologizing for his remarks, Brion “changed tack” and launched legal action against her. She wrote on a Facebook post, “I have been issued with a summons, in which Mr Brion demands 50,000 euros in damages for defamation, the publishing of the ruling and 10,000 euros in legal fees.”

Muller, who was among the “silence breakers” named as Person of the Year by Time magazine in 2017, said she would “see this fight through to the end”.

“I hope the trial will provide an opportunity to have a real debate about how to combat sexual harassment,” she said.

Brion had previously admitted to making “inappropriate remarks to Sandra Muller” at a cocktail party on December 30. “I fancied her. I told her so, in a heavy-handed manner,” he said, offering an apology. However, Brion insisted that he had never worked with Muller and said: “The personal and professional consequences of this conflation of heavyhanded flirting and sexual harassment ‘in the workplace’ were very serious and damaging.”

He added he given the difficulty of finding work after Muller’s “damaging” allegations, he would have “much preferred” to be tried by a court instead of by the “court of social media”.

Last week a group of prominent French women, led by film star Catherine Deneuve, sparked international controversy by defending a man’s right to “bother” women and with many Hollywood stars such as Liam Neeson dubbing the #MeToo movement as a “witch-hunt”, people are losing sight of what the movement really was about.