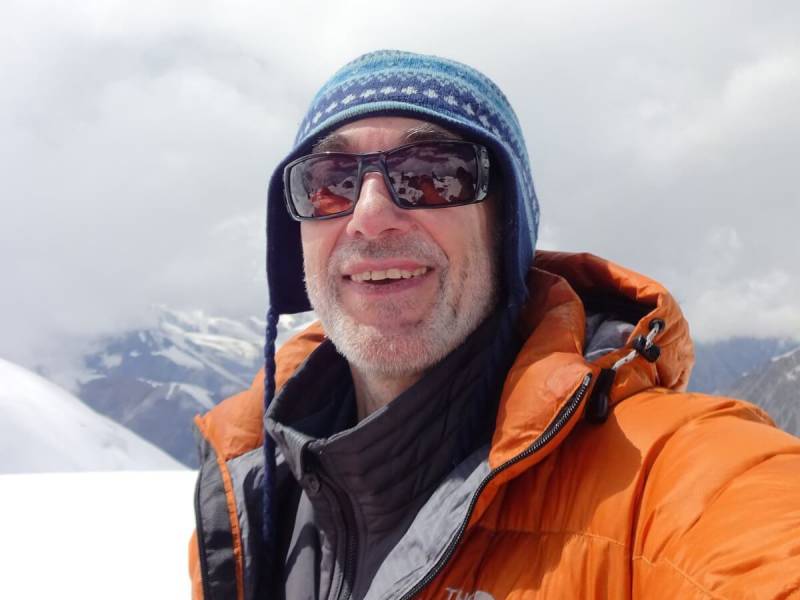 ISLAMABAD – The body of a Russian-American mountaineer, who had gone missing some days ago, has been found near Pastore Peak, which he was trying to scale.

Apparently, Goldfarb had pushed on solo after his Hungarian teammate Zoltan Szlanko tried to persuade him to delay the expedition due to harsh weather. They were supposed to scale the nearby Broad Peak in the Karakoram Range on the Chinese border.

#BroadPeak: Tragic News:
Alex Goldfarb has been found lifeless in #Pastore Peak, presumably having fallen off the mountain. The legends @john_snorri @ali_sadpara participated in rescue mission Alex, leaving their own #K2winter2021 expedition
Our thoughts are with Alex's family. pic.twitter.com/Lfqq8GGNfZ

"We are deeply saddened to have lost our climbing partner and friend," said Laszlo Pinter, spokesman for the Broad Peak Winter Expedition 2021. "The helicopter search mission has found his body on Pastore Peak where he is presumed to have fallen off the mountain."

Pakistani mountaineer Muhammad Ali Sadpara, who was part of the rescue team said efforts were underway to bring Goldfarb's body down with the help of Pakistani and foreign mountaineers. Earlier, Pakistan Army helicopters launched a search operation to trace the US climber.

Goldfarb was attempting a winter ascent of Broad Peak with Hungarian Zoltan Szlanko as part of a two-man non-sponsored expedition.

Szlanko, an experienced climbing instructor and mountaineer rescuer, deemed conditions too dangerous and insisted both should return, Pinter said, but Goldfarb pressed ahead.