Saba Qamar and Ahsan Khan pair up for an upcoming project 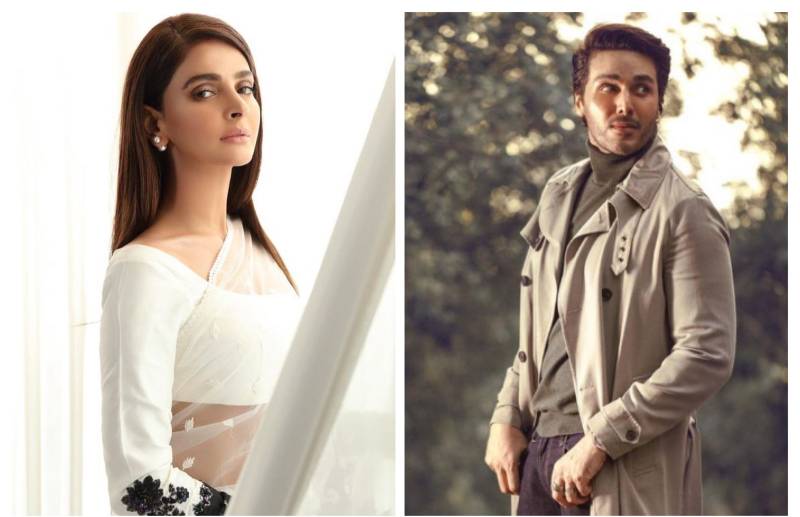 Saba Qamar and Ahsan Khan are two incredibly gifted actors in the Pakistani entertainment industry. After creating magic with their impeccable acting chops, these stars are now teaming up for another project.

The popular reel couple is great friends offscreen and their unmissable chemistry is evident in the latest video which Khan posted to announce the project on social media handles.

Taking to Instagram, the Qissa Meherbano Ka actor posed for a sun-kissed stunning video as they film themselves whilst talking to each other about the project.

Responding to Ahsan Khan's post, the Baaghi star wrote, "Finally with my favourite, one and only. And he's my favourite, there's no room for doubt."

Moreover, the upcoming drama Fraud which is written by Zanjabeel Asim Shah and delved into details, "I’ve read the script I can tell you that both Saba and my characters are very strong. I’m looking forward to working with her because she’s a powerhouse, I would say and Pakistan, of course."

Earlier, popular historical drama Dastaan premiered in 2010 and is one of our industry's most iconic dramas. Set during the tumultuous time of partition, the star-studded cast also included Fawad Khan, Sanam Baloch, Mehreen Raheel alongside Saba Qamar and Ahsan Khan.

On the work front, Saba Qamar will be returning to the small screen with an upcoming project Tumhare Husn Ke Naam.

Lollywood queen Saba Qamar is back with her impeccable acting skills and unmissable charm as the first look of her ...