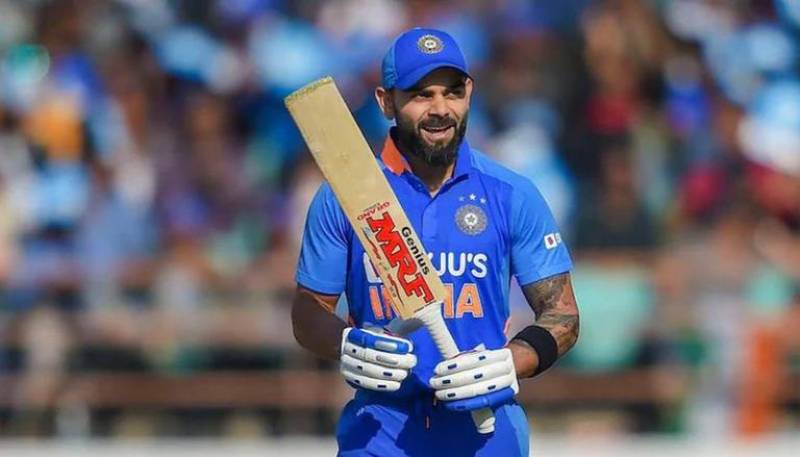 NEW DELHI – Virat Kohli has surpassed cricket legend Sachin Tendulkar’s record for the most number of runs scored in ODI game away from home for India.

He achieved the feat while playing against South Africa at the Boland Park in Paarl on Wednesday in the first ODI of the ongoing three-match series.

Virat Kohli is leading the chart with 5070 runs he made in 108 matches, surpassing Tendulkar’s 5065 runs record. Former Indian skipper MS Dhoni is at the third spot with 4520 runs in 145 matches.

It was for the first time in over five years that Kohli was playing as a pure batter instead of captain as he stepped down as ODI and T20 captain last week. Notably, he had quit Test captaincy earlier this month.

Virat Kohli was also on the verge of overtaking Ricky Ponting on the overall list of batters with most ODI runs away from home. The former India captain is now only behind Ponting and Sri Lanka legend Kumar Sangakkara on the elite list.

He has also secured third place in the overall list for most away runs in the 50-over format. Sri Lanka's Kumar Sangakkara is leading the table with 5,518. Kohli can also go past Ricky Ponting’s 5,090 record to go second if he managed to perform well in the upcoming matches.

The former India captain also surpassed two Indian batting stalwarts Rahul Dravid and Sourav Ganguly for most runs against South Africa in ODI game when he smashed 27th run in his innings.

Virat Kohli is only behind Tendulkar, who has made 2,001 runs against Proteas in ODIs.

Virat Kohli on Saturday relinquished the captaincy of the Test team, a day after India faced Test series defeat while ...