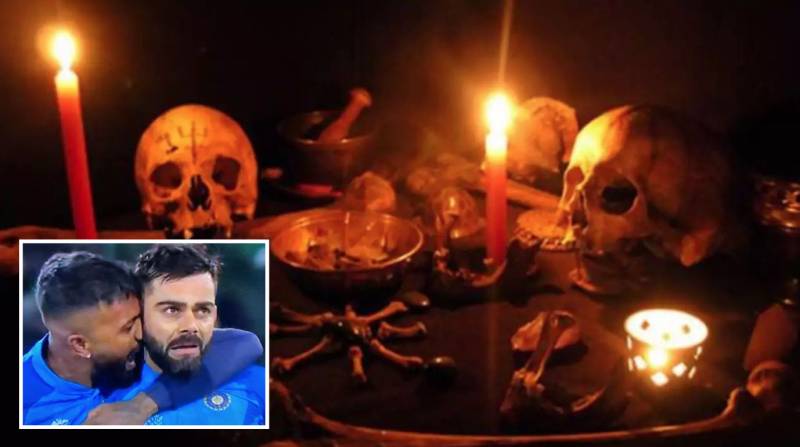 Indian media, known for their sensationalism and partiality, was again left red-faced when a news report from a Hindi news channel went viral that blamed Pakistan for witchcraft against Indian players.

The ridiculous claims soon become the fodder of countless memes on social sites days after England crushed India by 10 wickets to set up a Twenty20 World Cup final with Pakistan.

In the sensationalism clip, the news channel claimed that it was not England that thrashed Men in Blue but Pakistan, which used evil practices to disqualify them from the cricket carnival.

The news report further claimed that supernatural powers affected Rohit Sharma-led squad and they failed to take even a single wicket.

Cant wait to win tomorrow so rizwan can give a khutbah in the post match interview and I hope he mentions Allahs name after every sentence and explains how this all happened because of Allah. https://t.co/C3Hmw8xY63

Indian news channels reporting that Pakistan did black magic resulting in India being knocked out. Ever thought that India doesn’t have a single bowler like Afridi, Haris Rauf or Naseem Shah?

Meanwhile, Pakistan is set to face England today at the Melbourne Cricket Ground (MCG) in the final and fans are looking for 1992 alike result from the Babar Azam-led team in the ongoing mega event.

Men in Green pull another surprise in their do-or-die encounter against Bangladesh and now Twitter has been flooded ...