'Cycling Hoboz' in Pakistan in their way to tour the world, here's what they experienced 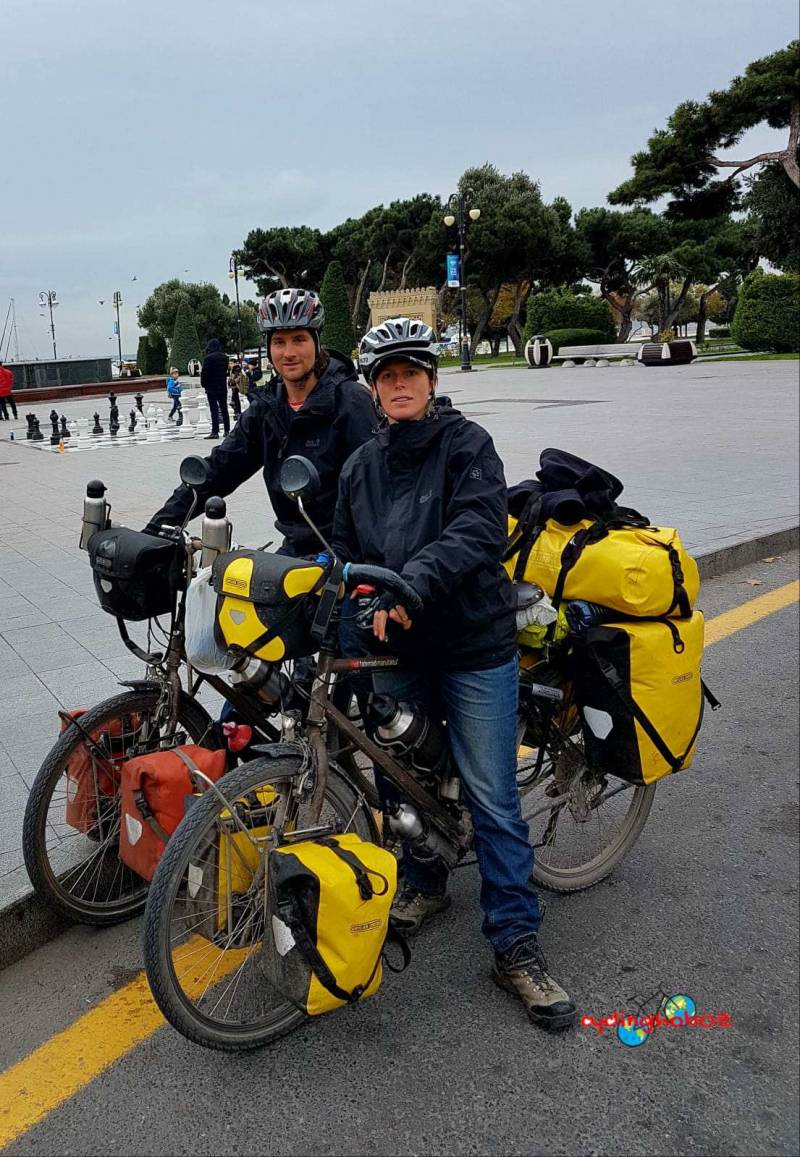 Meet Anton and Gevelyn. This adventurous and outgoing Italian/Australian couple began cycling from Barcelona in 2017 with the plan to cycle home to Australia. In the course of this challenging and inspiring mission, the 'Cycling Hoboz' as they call themselves, have covered thousands of kilometres and given their two-cents on the sights, sounds, and cultures of the numerous countries that host them in their journey.

Their latest stop in Pakistan- a layover that has exceeded its intended time - has made the couple feel a range of mixed emotions. On arriving, the couple was flabbergasted by the demands of custom officials to pay import duties on their bikes, the conservative air onset by the month of Ramadan and the traffic that even locals struggle to adjust to. While the soaring summer temperatures of Lahore are enough to induce lethargy and weakness, the vegetarian visitors were also afflicted with severe food poisoning due to our heavily spiced cuisine, in which the excessive use of oil rankled with the tourists.

At their next destination Gujranwala, Anton and Gevelyn had just enjoyed some kulfi when their ice-cream run took a disastrous turn. The bike Anton rode on as a passenger was hit by a van, leading to Anton being seriously injured. Much to their disappointment, the van driver took off after seeing the damage he had done, and reportedly bribed the police to keep himself out of trouble. The distressed couple wrote of this incident on their blog "This is Pakistan, where life isn’t valued at all and corruption is just the normal way of living!" Disappointed by the lack of competence and cooperation at the hospital, and fed up with their time in the city famous for its food and wrestlers, the couple headed to the twin cities of Rawalpindi and Islamabad respectively for some reflection and recovery.

After a week in Rawalpindi, the couple set off to Islamabad to treat Anton's injuries and to recieve the spare bicycle parts they had sent ahead of themselves from Germany. Facing issues on both ends- lack of access, unfair demands of tax charges- the couple took to Facebook to share their disappointment. Their saviour came in the shape of Critical Mass Islamabad cycling group member Saalik. Saalik arranged an appointment with an orthopedic surgeon and also worked behind the scenes to collect money from Critical Mass members to pay the exorbitant import and custom fees for the parcel. He did this in the hopes that Anton and Gevelyn carry with them positive stories of the kindness of Pakistani people instead of memories of discomfort and injustices. The surgeon also lifted the weight of uncertainty off the couples shoulder with his thorough diagnosis of Anton and a proper plan of treatment and recovery. Not only that but the cycling group members extended their hospitality by facilitating Anton and Gevelyn's travel plans by arranging their visas, repairing their stove, and booking tickets to Gilgit.

The journey from Islamabad to Gilgit on the NACTO bus that does not stop too frequently was arduous, but on arrival the couple was surprised to see the large crowd gathering around them, fascinated by the novelty of foreigners.

Much to their delight, their couch-surfing host hailed from Hunza, an area they were eager to explore. Anton and Gevelyn were pleasantly surprised to learn of the high literacy rates among the people of Hunza, and the warmth of the people and children to whom they spoke in Khanabad school. The beauty of the valley along with its array of fruits and nuts provided a blissful respite for the couple who had gotten off on the wrong foot with Pakistan.

Although looking back, the vagabonds count Pakistan as the hardest part of their journey and often the most unpleasant, they do not take the kindness and hospitality shown by some for granted. They admire the beauty of Pakistan and its diversity- the sloping plains and the winding mountains, the noise of the cities and the tranquility of the valleys. Anton and Gevelyn got to experience the ups and downs that characterise Pakistan through their own personal experience of it. Their high-spirits and dedication to honour the 'hobo' life which they have committed to made them value the journey and the experience, hopefully motivating them to rewrite their story in Pakistan by visiting  again in the course of their globe-trotting.