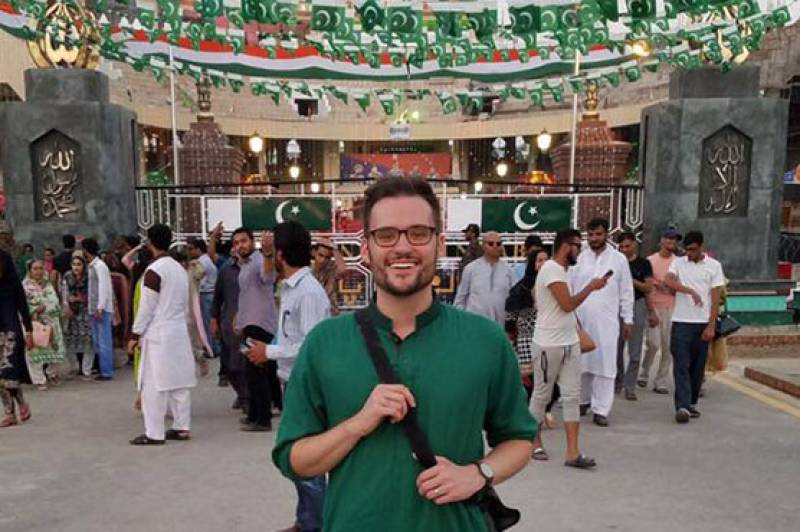 ISLAMABAD - Popular American comedian Jeremy McLellan is arriving in Pakistan for a two-week visit. The comedian informed his fans in Pakistan through a Twitter post.

The comedian, known for his exceptional love and admiration for Pakistan, is going to stay for two-weeks in areas surrounding Islamabad.

Sharing the news Jeremy Mclellan wrote, “Leaving for Pakistan tomorrow where I’ll be spending two weeks in the areas around Islamabad.” Jeremy is visiting Pakistan in collaboration with a charity organization ‘Helping Hand USA’. The social media star will be closely working with the Islambadians during his short visit.

Deputy Commissioner Islamabad also commented on his tweet and wrote; ‘Welcome’ on his tweet stating his visit to Pakistan.

He further asked his fans and followers to keep a track of his social media accounts for daily updates. He also expressed his love for Pakistan by writing ‘Pakistan Zindabad’ at the end of his tweet.

Pakistanis were super excited after getting to know about Jeremy's arrival to Pakistan. McLellan’s Pakistani admirers outpoured love and warmth for him on social media and wrote welcoming messages from him on Twitter.

Would you like to visit my chai place in Lahore. @CupShup_pk

Don't tell me.
I'm so happy Jeremy. Plz keep updating us about all the events you'll be having in Islamabad. We wanna see you.

The love for Pakistan is strongly embedded in Jeremy’s heart ever since his first visit to the country. His witty comments on India and his defensive stance when it comes to Muslims, makes Pakistanis obsess over him.

Aamir Liaquat has recently been in a lot of controversy and twitter backlash especially after his second marriage. ...

His social media post on Pakistan garners immense popularity online, as along the years Jeremy has developed a keen interest in the politics and culture of the country.

Besides being a comedian, he is an avidly outspoken commentator who passes crisp comments on religions, the American culture, and the presidency of Donald Trump. He is also a staunch supporter of the Palestinian cause and often times have slammed the atrocities of Israeli forces in Palestine.