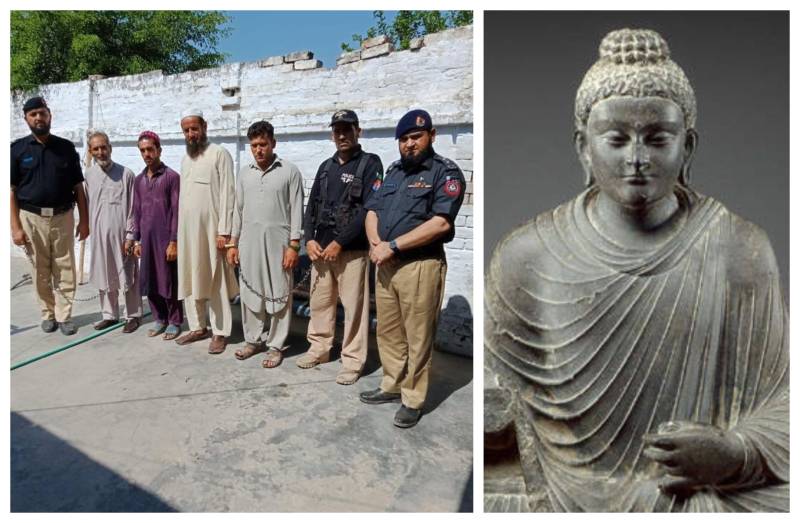 PESHAWAR – Police in northwestern Pakistan have arrested four people in connection with the destruction of a third-century life-sized Buddha statue recently discovered in Mardan.

A video of the act, which has since gone viral on social media, showed the construction workers, along with a local religious leader, smashing the Buddha statue using a sledgehammer.

Some eligious fanatics were battering at statue of Buddha that was uncovered in Mardan.

Has government taken action against them?
pic.twitter.com/rlb0yn6q2u

The arrests were made on Saturday under antiquities law for allegedly destroying the centuries-old statue, according to Khyber Pakhtunkhwa police.

“All offenders who were seen smashing an antique Gandharan Buddhist statue in Mardan have been arrested by KP Police,” Special Assistant to the Chief Minister for Information Kamran Bangash said in a tweet.

Breaking News: All offenders who were seen smashing an antique Gandharan Buddhist statue in Mardan have been arrested by KP Police and an FIR has been lodged against them under relevant sections of the Antiquity Act 2016 (Photos courtesy Directorate of Archaeology KP) pic.twitter.com/B8EsB6sdFm

The rare statue was discovered during construction work in a village near Takht-i-Bahi, a part of the Gandhara civilisation, where Buddhism thrived until the 8th or 9th centuries when Islam first began to gain sway in the region.