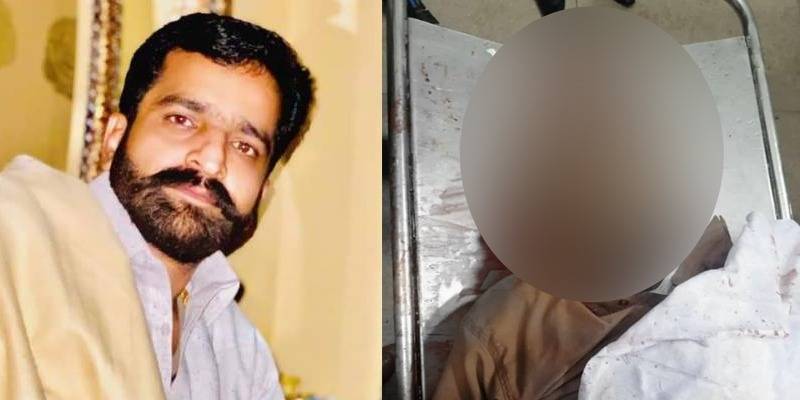 The killed suspect was identified as Chaudhry Zahid, the accomplice of Shahid, who was gunned down on March 12 in limits of Civil Lines Police Station.

Inspector Mian Imran Abbas Shaheed was travelling in a car along with his family near Districts Courts Rawalpindi when two people on a motorcycle opened fire and one bullet hit him in the neck.

He was shifted to the Fauji Foundation Hospital where he embraced martyrdom.

Zahid, who was absconder in another murder case, along with other suspects opened fire on a police party deputed at a checkpost in the jurisdiction of Westrage police station when he was killed in retaliatory firing.

Rawalpindi police spokesperson sharing details of motives behind the murder of SHO Imran Abbas said that the police officer was shot dead in a revenge act.

The spokespersons revealed that the killed suspects had rented vehicles but not returning them to the owners, adding that the martyred SHO taking action recovered vehicles and handed over to Kallar Syeda police station. He added that the criminals were upset since the action was taken against them and they shot dead Abbas.

The spokesperson further said that other accomplices and facilitator will also be arrested, adding that the body had been shifted to hospital for postmortem.

SP Pothohar said that criminal elements could not save them from law. CCPO Mohammad Ahsan Younis vowed to bring the culprits involved in serious crimes to task.

Rawalpindi police will not forget the sacrifices rendered by their martyrs, he said, adding that the accused will be brought to justice according to law.

LAHORE – Inspector Mian Imran Abbas, SHO Police Station Race Course, was travelling in a car along with his ...