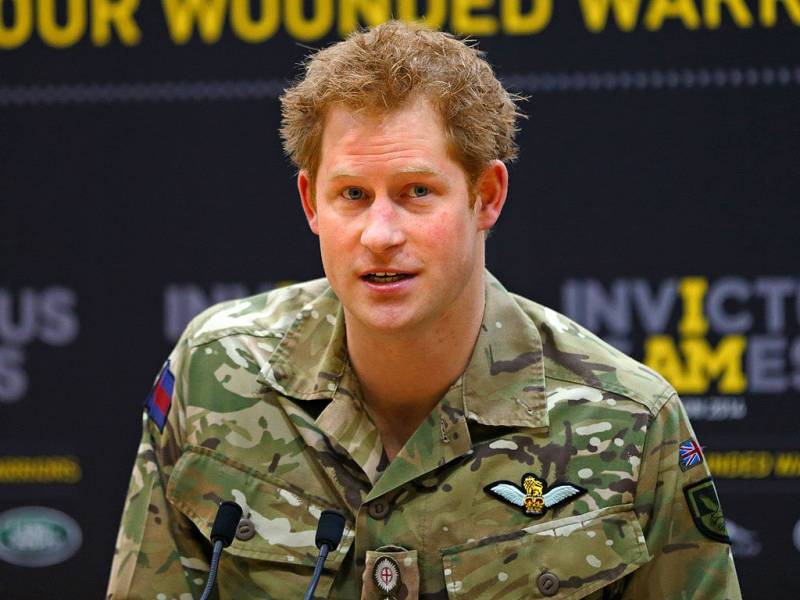 LONDON (Web Desk) - Prince Harry has left the Army today after more than a decade of full-time military service including two tours in Afghanistan.

He will now spend the next three months volunteering for front-line conservation projects in Namibia, South Africa, Tanzania and Botswana, Kensington Palace has confirmed.

During his career, the royal qualified as an Apache Aircraft Commander and most recently undertook an attachment with the Australian Defence Force, Sky News reported.

"I dread to think where I'd be without the Army," he admitted recently, as he contemplated the end of his stint in the forces.

Harry has confessed it was a tough decision to leave the military and said his experiences would stay with him for the rest of his life.

After the announcement, Sir Nicholas Carter, Chief of the General Staff, said that the prince had "achieved much in his ten years as a soldier and has been at the forefront throughout his service".

Harry recently revealed how he had dreamt of being a career soldier even as a young boy.

He said: "I did it because since I was a kid I enjoyed wearing the combats, I enjoyed running around with a rifle, jumping in a ditch and living in the rain, and stuff.

"But then when I grew up, it became more than that, it became an opportunity for me to escape the limelight.

"I've had an epic 10 years, I've had great fun. The Army keep giving me great jobs, and I can never thank them enough for that."

His work in Africa will involve him being fully embedded with conservationists and he will live the same accommodation.

Harry has already admitted he feels more himself in Africa than anywhere else whether it is helping aids orphans or witnessing land mine clearance projects in the continent.

Last month, he said: "I feel more myself in Africa... I've been wanting to do it for the past five years, and being in the Army I just never, ever had the opportunity to do it.

Prince Harry wears a Christmas hat with orphans from the Mants'ase Children's Home during a visit in Maseru, Lesotho

Britain's Prince Harry swings a boy, in this photograph taken with the help of a three-year-old blind girl, during a visit to Phelisanong Children's Home in Maseru

Prince Harry plays with two young children who are going through a programme to treat them for malnourishment during a visit to the organisation supported by Sentebale 'Touching Tiny Lives' in Maseru, Lesotho

Prince Harry takes a photograph during a visit to a herd boy night school constructed by Sentebale in Mokhotlong, Lesotho.

In this photograph taken by Britain's Prince Harry a man in traditional Lesothan Dress poses for a photograph at a Herd Boy School supported by Sentebale in Maseru, Lesotho

Prince Harry wears a Christmas hat with orphans from the Mants'ase Children's Home during a visit in Maseru, Lesotho

Britain's Prince Harry swings a boy, in this photograph taken with the help of a three-year-old blind girl, during a visit to Phelisanong Children's Home in Maseru

"With my interests in conservation which I've had all the way through, and for William's as well, it's nice for me to be able to actually get the opportunity to work with people on the ground where the truth is."