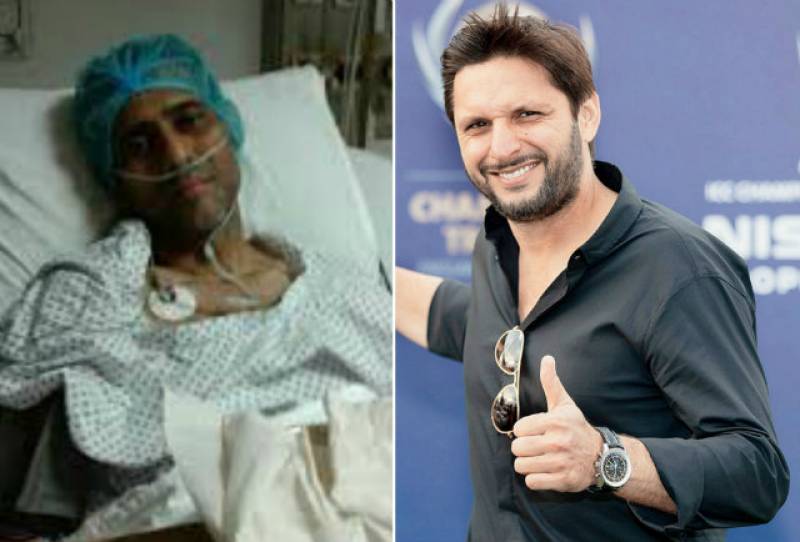 KARACHI - Shahid Afridi has stepped up to save Pakistan’s former hockey captain Mansoor Ahmed who is currently battling for his life at a hospital in Karachi.

The star all-rounder announced on Monday that his “Shahid Afridi Foundation will bear all expenses of Mansoor’s treatment and won’t let him down”.

The former hockey goalkeeper has been suffering from a deteriorating heart condition that has resulted in reduced heart functioning and onset of organ failure.

Ahmed has been advised by doctors to seek better treatment abroad. He is currently at the Jinnah Hospital in Karachi.

He registered his name in history by saving the last penalty in the 1994 Hockey World Cup the final against Netherlands that sealed the title for Pakistan. He is a three-time Olympian.

The former goalie was admitted to ICU a couple of weeks back and a part of his medical bill was taken care of by the Pakistan Hockey Federation.