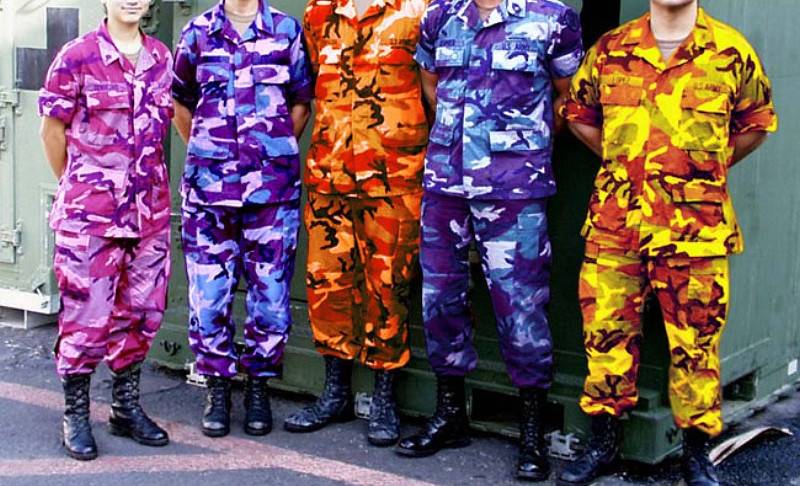 Do not be alarmed – or excited – with the title of this piece. Too quick a reaction to headlines can cause an avoidable headache and unnecessary blushing.

The title does not denote military involvement in civilian affairs. It’s actually quite the opposite: it may bring some order (internally invoked, not externally imposed) to our politics.

The military in general, and Armed Forces, in particular, are not the only ones in uniform. They are undoubtedly in the cleanest, most awesome, best ironed, starched and creased uniform.

Our Police too have a uniform, but it’s not as clean or sleek as Army’s uniform. That is perhaps one reason that most of the time, many policemen prefer to be in the civvies than uniforms.

Army men are constitutionally mandated and departmentally instructed to remain in uniform as much as they can, in peaceful areas of Pakistan, such as DHA. Their uniform is a symbol of formidable respect, with more emphasis and heavier tilt on formidability than respect.

Some of my friends who tend to be franker than they ought to with the uniform and army, try to insinuate that it’s the gun in their hand, tank beneath their seats and GHQ firmly behind the wearer of Khaki that makes their uniform look so ominously awe-inspiring and powerful.

But, as I said in the beginning, this piece is neither a eulogy nor homage to the Army or Uniform. It's about extending the benefits of uniform to politics so that the latter is literally as clean, slick, organized and predictable as the former is metaphorical.

The idea is that all politicians start wearing the uniform when playing or practicing politics.

If politics is a play, it deserves uniform – just like cricket, a sport which has more politics in it than in our Parliament.

If politics is a sacred duty, then too it needs the uniform because in Pakistan the other sacred duty bearers – the religious people, the judiciary, and the firefighters – also wear a uniform.

The only two set of fellows who can be without uniform while at work are the intel folks and the NGO-crowd, as both have a great deal in common. But, a piece on their commonalities another time. Today lets explore the benefits of uniform for better politics.

Taking a leaf from cricket, its various forms and major leagues, the political uniforms too can have a variety of forms and colours. Some specific suggestions are as under.

Election Year should be treated like ODI cricket world cup, and all the players (candidates for provincial and national assemblies) have colourful uniforms, just like different countries in WC.

During the Parliamentary Sessions (Senate, NA and PAs), our esteemed representative may wear white uniform believing it’s a Test Match and they ought to play by the Rules of the game.

However, like cricketers have a logo of sponsors, the elected reps can have two logos – one of their political party, and the other who they paid to be here, or the institution they pay heed to.

The political sidekicks, minions and proxies who come on TV talk shows, more to offend others than defending their party or party-head should wear T20 like the uniform; and they be formally auctioned and bought as players of PTL – Pakistan Talking League.

Now we come to the critically coded aspect of the political uniforms, their shades and designs.

I suggest six colours which in different shades are embedded in designs reflective of respective politics and party plans: Green, Brown, Yellow, Orange, Red, and Blue.

Green, you guessed it right, will denote degree and range of abuse of religion in politics. Brown can tell how close a party is to the Khakis. Yellow symbolises a political party’s stance – or the absence of it – on China and CPEC. Shades of orange can tell position on India (and if orange is placed in a brown circle, it means ‘whatever Army says’, arguably the safest position).

The obvious or hidden anti-India stance can be coded in an orange zipper or an underwear.

Red, of course, means the Left. I hope every party has a bit of it, even if they mean left behind.

Last, blue colour can be a political party’s plan, if any, on the economy, jobs, social progress, and wealth generation and redistribution.

In the beginning, I guess most parties may only have a blue armband, implying their mindfulness that blue is something that too needs their attention, and then it may move to be a collar.

Given the high illiteracy in the country, few read printed plans, and the proposed uniforms will help voters in quick deciphering. More importantly, uniforms will make politics colourful with more pleasant connotations.