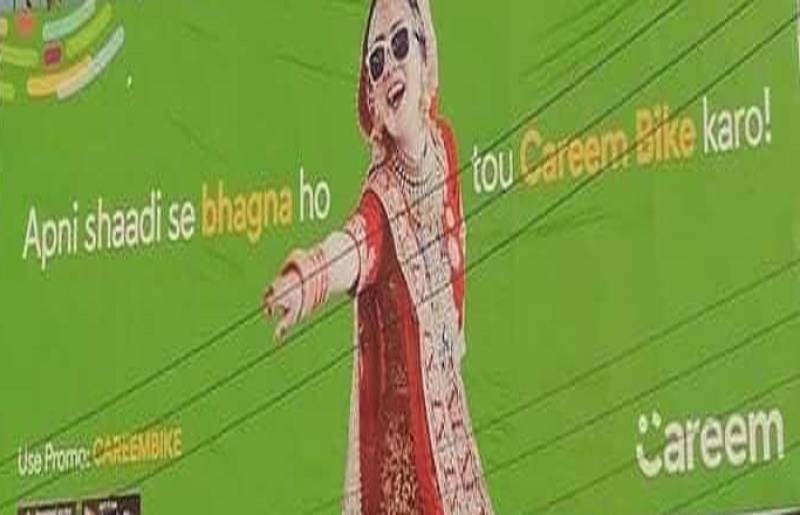 LAHORE - Careem's new ad features a bride along with the tagline, “Apni shaadi se bhaagna ho to tou Careem bike karo” (Book a Careem bike if you want to run from your wedding).

Twitterati has unleashed its wrath on Careem due to the brand mocking 'social values'. Ummmm, we think it was a light-hearted joke! That is all. What is so wrong with a campaign that can make some people laugh a little?

People are protesting against these billboards on the social media page of the company. The people on the social networking platform are criticizing the ad and believe that Careem should be banned. Why so serious, guys?

So #Careem first indulges into match-making business and then gives an option of elopement! Remember the below ad? 👇
Pathetic marketing team they have! https://t.co/x0benEFvSe

I have rated down #careem app as protest on this shameful and cheap ad.
Please go to app store or google play store and rate 1 star.
Please share as well.#careem #ratedowncareem #uninstallcareem #boycottcareem pic.twitter.com/iQGgZO1ZEV

Careem is always there for us and well, this is just a display of it's loyalty that it can even make you escape from your wedding. LOL! It is not like someone will actually run away because of an ad. Careem, keep rocking!