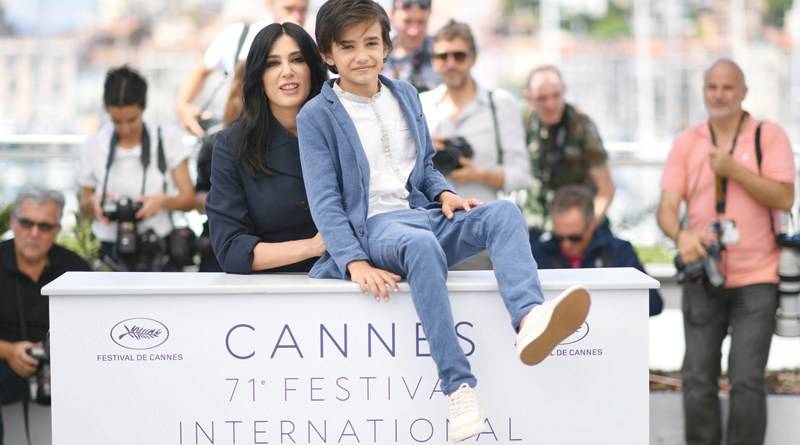 CANNES: 13-year-old Syrian refugee Zain Al Rafeea outshone all others at the Cannes film festival when he made his way up the red carpet on Friday for his phenomenal performance for a Lebanese film in the running to win the Palme d’Or top prize.

Zain is the star of Capernaum but in real life has only just learnt to write his name and he worked as a delivery boy till he was cast for the role.

The film's director Nadine Labaki aimed to make the film about the lives of the poorest in slums in Lebanon using only amateur actors. The story revolves around Zain who plays a boy with the same name; a boy who runs away from his home after his parents are forced to sell his 11 year old sister in marriage for some chickens. He also holds his parents accountable in court, questioning them why they brought him into this world.

According to Labaki,  “Cinema is one of the most powerful weapons we have to draw attention to problems, it is one of our responsibilities as artists. I stopped at a traffic light and saw a child half-asleep in the arms of his mother who was sitting on the tarmac begging. It became an obsession for me. I did more than three years of research. I was trying to understand how the system fails these kids,” she further added.

“These kids are facing extreme neglect. A lot of the things I saw shocked me, children who were incredibly neglected, and I went into children’s prisons. You feel completely powerless."