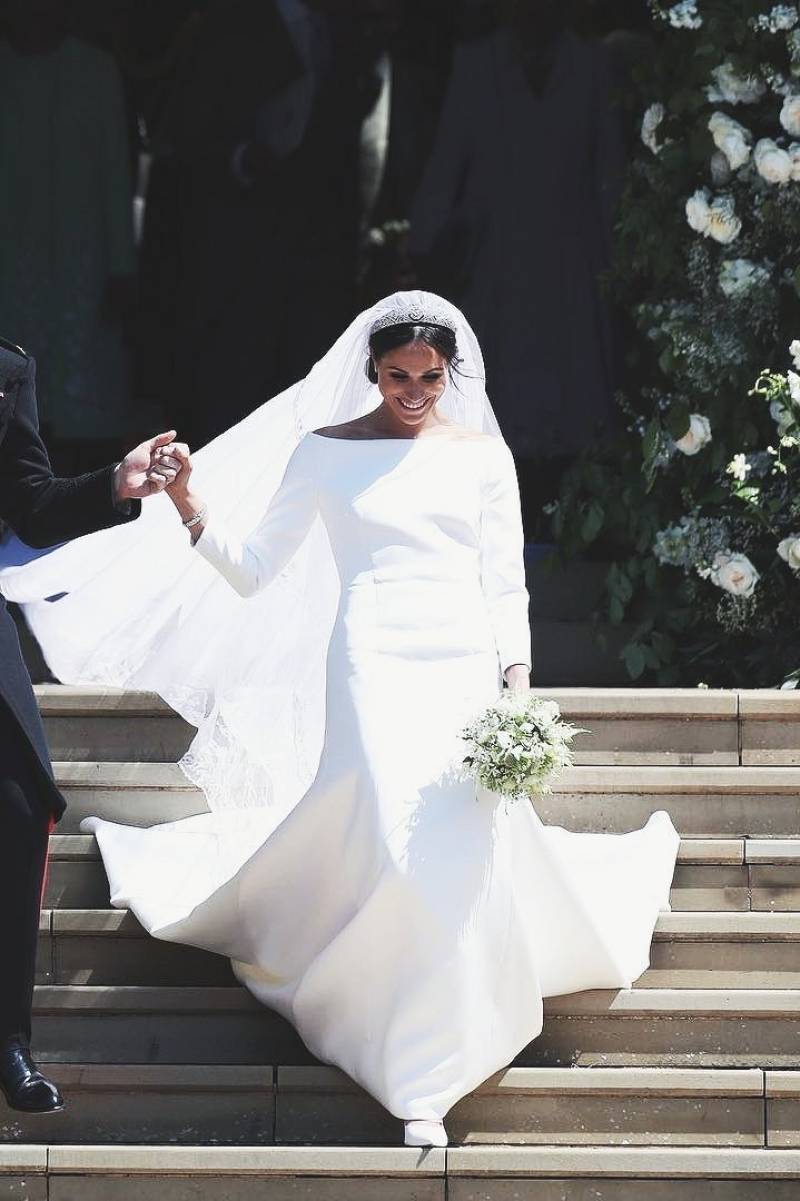 LONDON - Prince Harry and actor Meghan Markle got married on Saturday in a grand wedding ceremony.

Media reports suggest that the flowers on Meghan's dress were chosen from all Commonwealth countries, including Pakistan.

According to the royal family's official website, the flower selected from Pakistan was Jasmine.

London- Most awaited royal wedding now comes to an end as the couple has tied the knot. Duke and Dutchess of Sussex ...

Prince Harry and American actor Meghan Markle were married on Saturday in a much-anticipated ceremony, which supporters hope will help recast the 1,000-year-old monarchy for the 21st century.