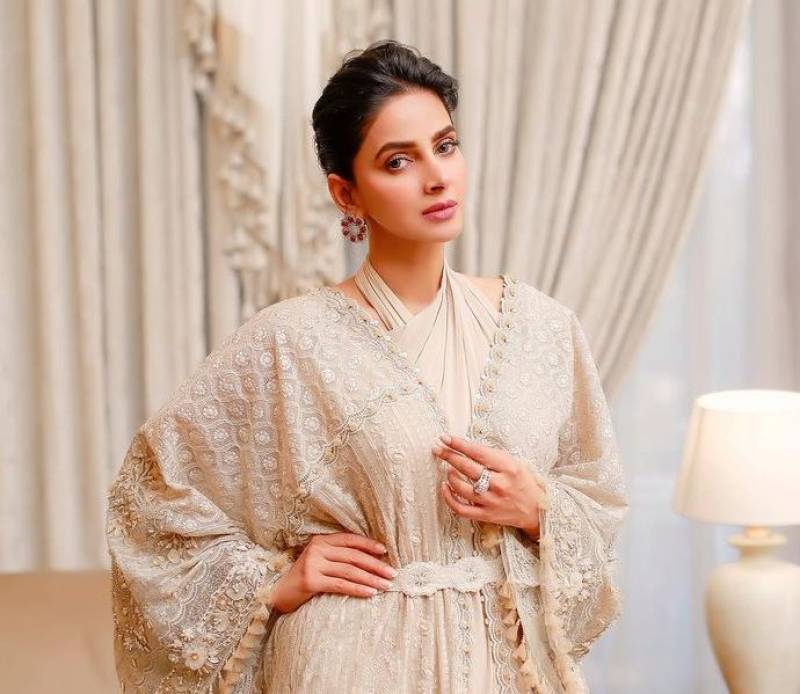 A fan and critics’ favourite, superstar Saba Qamar is a talent powerhouse who has bowled the audience with her charismatic performances - be it in drama, telefilm or films.

An actor par excellence, not only has her craft won appreciation in Pakistan, but also in India. Time and again the 37-year-old star has established the potential to breathe life in every character that she plays.

One would believe that her plethora of versatile roles might have checked all the experimental roles on her list. However, in her recent interview with Rida Lodhi, Qamar spills the beans about her dream role.

The Hindi Medium star also hopes to play a politician. "I would love to play a politician on screen!" Saba's face lights up as she discusses her dream role. "I think we can make a brilliant biopic on Mohtarma Benazir Bhutto. I am also willing to play Maryam Nawaz Sharif on the big screen. I feel I can do justice to it."

"I am excited about essaying a politician because their lives have so many layers. They are a different person when engaging with the public, different when they are home with their families, and someone else when they are with their peers. It's fascinating. Politicians are no less than actors. So, I do think it's relatable."', the Cheekh star revealed.

The upcoming drama serial 'Fraud' is on everyone's radar due to the star-studded cast with Saba Qamar, Ahsan Khan and ...