US warship damaged off Japan during joint navy drills 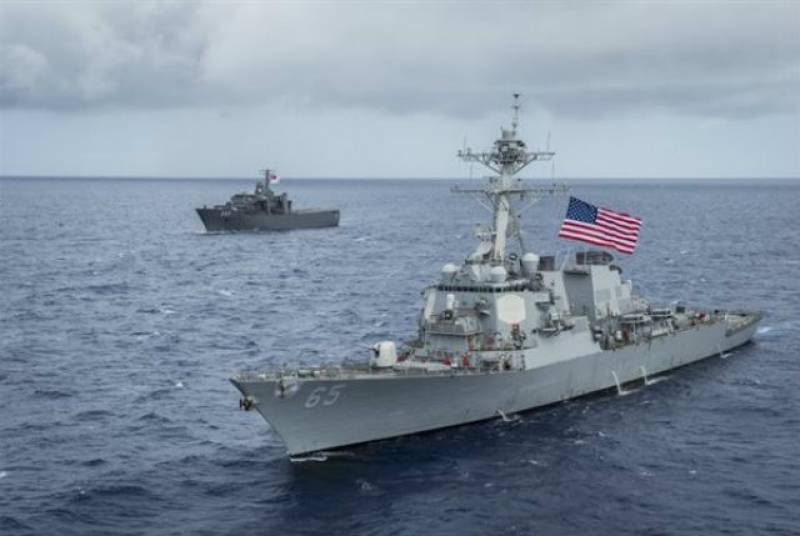 TOKYO - A US warship has been damaged after a collision with a Japanese tug off central Japan, the US Navy said in a statement on Sunday.

The guided-missile destroyer USS Benfold was participating in a scheduled towing exercise in Sagami Bay on Saturday when the Japanese tug lost propulsion, according to the US 7th Fleet.

"No-one was injured on either vessel," the US Navy says, adding that an investigation is underway.

A Japanese tug lost propulsion and drifted into the USS Benfold (DDG 65) during a towing exercise. No one was injured on either vessel and #USSBenfold remains at sea under her own power. https://t.co/zKEPZyBJgM

The incident came as Japanese and US forces take part in a 10-day joint naval drill until 26 November in a show of force aimed at North Korea, whose nuclear ambitions dominated US President Donald Trump’s recent Asia trip.

The US Navy says the warship "sustained minimal damage, including scrapes on its side".

"Benfold remains at sea under her own power. The Japanese commercial tug is being towed by another vessel to a port in Yokosuka."

This is the latest in a series of incidents involving US warships in recent months.

In August, 10 US sailors were killed when the USS John S McCain and an oil tanker collided east of Singapore.

In June, seven US sailors died in a collision between the USS Fitzgerald and a container ship in Japanese waters near the port city of Yokosuka.

In May, a guided-missile cruiser and a South Korean fishing vessel collided, while in January another cruiser ran aground near the fleet base in Yokosuka.

There were also two more, lesser-known incidents. In January USS Antietam ran aground near its base in Japan, and in May, USS Lake Champlain collided with a South Korean fishing vessel.