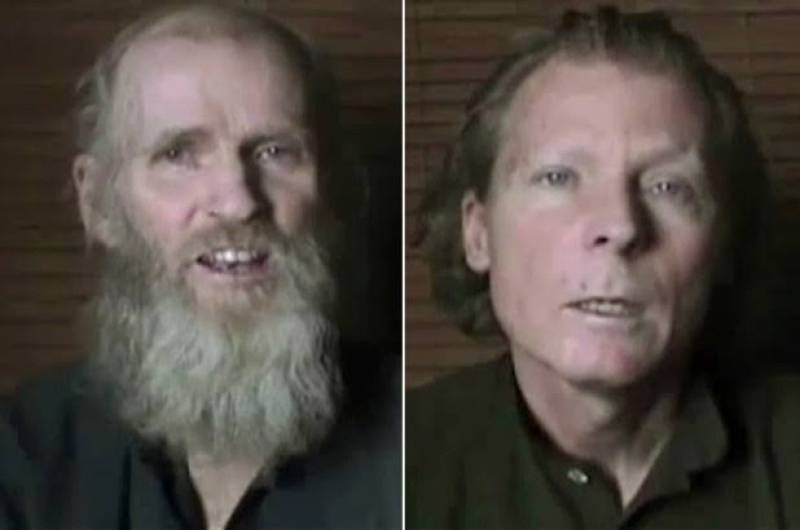 American Kevin King and Australian Timothy Weeks were handed over to foreign forces in Afghanistan's Nawbahar district of Zabul, the Sputnik reported. They were kidnapped outside the American University of Afghanistan in Kabul where they worked as professors.

The pair had appeared in a video, released in January 2017, appealing to then US President-elect Donald Trump to agree to a deal to secure their release.

The three militants, Anas Haqqani, Haji Mali Khan and Hafiz Rashid arrived in Qatar from Afghanistan as part of the swap. Anas Haqqani was arrested in 2014 and is the youngest son of Jalaluddin Haqqani, founder of the Haqqani network.

In addition, a three-way ceasefire was announced in three districts between Afghan government forces, US-led coalition troops and Taliban fighters.

Afghan officials say the deal is aimed at restarting talks with the Taliban.

Ghani said in a televised speech that the exchange aimed to "facilitate direct peace negotiations." However, the Taliban have long refused to negotiate with Ghani's administration, calling it a puppet of the US.