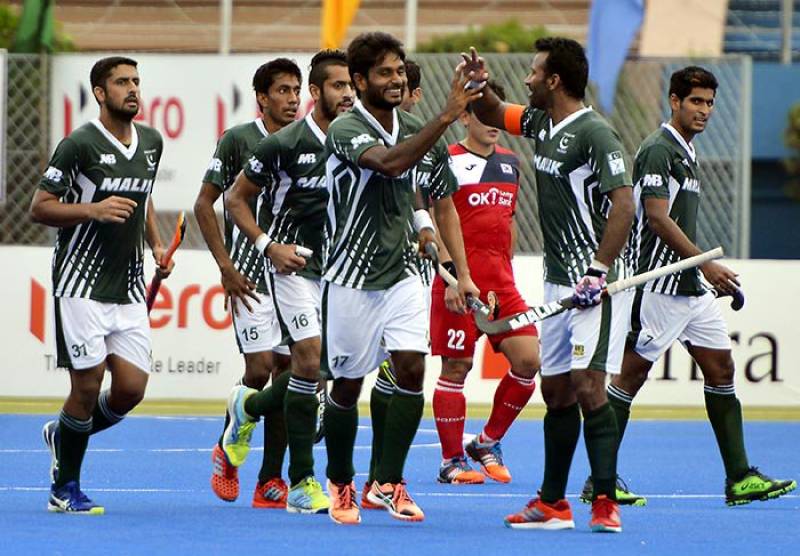 DHAKA - Pakistan played out a 1-1 draw in its match with South Korea in the Super-4 stage of 10th Hero Asia Cup 2017 on Thursday.

Pakistan started off well against South Korea with Ijaz Ahmed scoring a goal in the closing moments of the first quarter. The green-shirts maintained the lead in the next two quarters despite several attacks by the Korean’s.

South Korea broke through in the fourth quarter of play with an equaliser and the match ended in a draw.

The green shirts won convincingly against Bangladesh 7-0 in the opening match of the tournament, drew 2-2 against Japan and lost 3-1 to India.