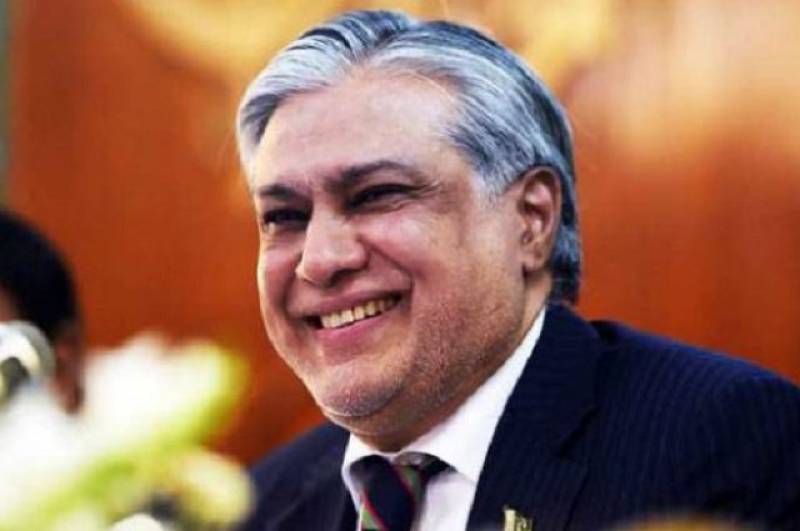 Reports in local media said the former Finance Minister has won his defamation suit against the private news channel at the London High Court.

Dar had sued New Vision Television for £0.2 million in wake of allegations made by Sabir Shakir, Chaudhary Ghulam Hussain, and Arshad Sharif in two news shows of 2019.

The imputations conveyed by the publication constitute are very serious defamatory allegations of which the claimant is reported to be guilty as a matter of fact and had caused serious harm, Dar maintained in his claim.

Prime Minister’s aide Shahzad Akbar, during the prime time show, accused PML-N leader of impeding the work of the Financial Monitoring Unit in the South Asian country. The show hosts and the guest alleged Dar for being a part of a cartel involved in money laundering and corruption.

In an apology to Dar at the London High Court, the private media group agreed to pay damages and legal costs to Dar for the hurt, embarrassment, and defamation as the allegations were fabricated and baseless.

Some reports in local media cited that Dar served the notice to media giant last year in July. The following year, ARY UK made an offer for amends “a procedure introduced by the UK’s Defamation Act 1996, whereby a defendant in an action for defamation may make a written offer to publish an apology and pay damages. Acceptance of such an offer terminates defamation proceedings and parties settle between themselves”, per reports.

LONDON – Labeled the expansive exposé of financial secrecy after the release of ICIJ’s Panama Papers ...