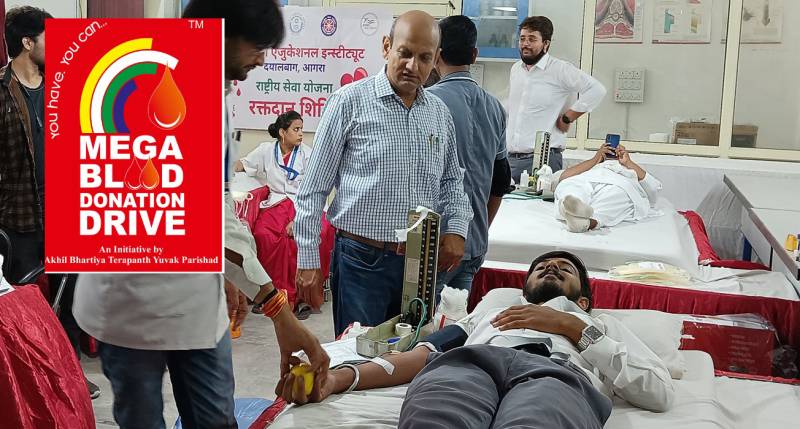 NEW DELHI – Indian ruling party has claimed to set a new record for the highest units of blood donation in a single day on the birthday of prime minister Narendra Modi on Saturday.

As Indian people donated blood under the fortnight-long 'Raktdaan Amrit Mahotsav' initiative, the Guinness World Records has not shared any update for the most blood donations.

Some reports suggest that the recent attempt shattered the previous record of 2014 when nearly 87,000 participants donated blood.

Under the national drive, thousand of camps have been formed across India. Indian officials also urged the masses to join the voluntary procedure, saying blood donation is a noble cause and given our rich culture and tradition.

Lately, a British Muslim charity also claimed to set a new world record for the largest number of blood donations under ‘Who Is Hussain’ campaign.

The blood donation campaign coincided with the first Islamic month Muharram, in which Muslims commemorate the martyrdom of Hazrat Hussain, the grandson of the Prophet Muhammad PBUH.

A healthy individual has around five to six liters of blood in the body and can donate blood every 90 days. The body again replenishes blood plasma volume within days.

LAHORE - In support of World Blood Donor Day on June 14, Facebook is improving blood donations along with blood banks ...

Meanwhile, the donated blood can be used for up to 42 days. Many of medical conditions require single blood components such as plasma, red blood cells, and platelets, which can be separated using the latest technology.