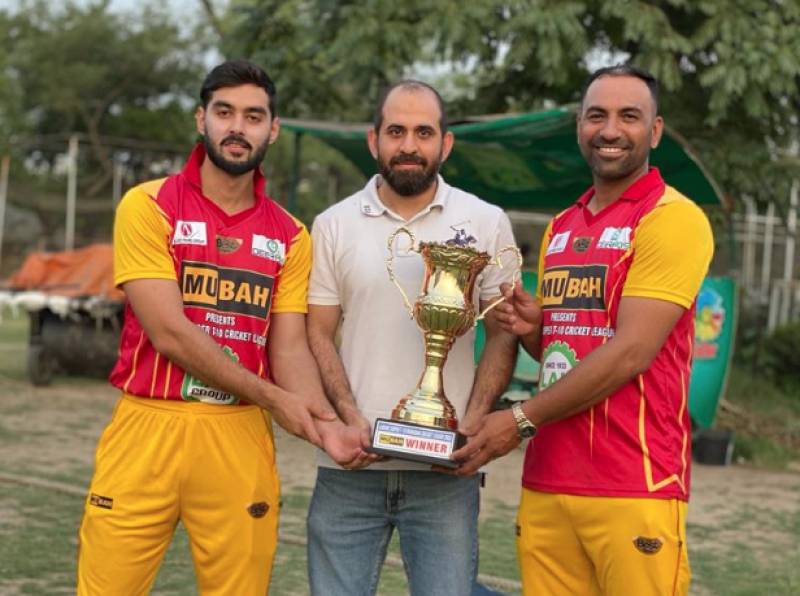 Raja Sahib, batting first, posted 117 runs on the board for the loss of 7 wickets in allotted 10 overs. Hassan Rizwan batted with great authority and punished Al Hamd Logistics bowlers at his will, thus gathering 45 runs off just 19 balls that included four boundaries and as many sixes. The other key contributor from Raja Sahib was Amir Sajid, hammered 18-ball 36 runs while M Kashif Lefty struck 10-ball 19 runs. From the losing team, Rehman Ali bowled well and claimed 2-18 while Hamza Nazar and Ahsan Bhatti got one wicket each.

For his all-round performance, Hassan Rizwan of Raja Sahib was declared player of the match.

Raja Sahib owner Umair Javed lauded his team and boys for this brilliant title victory, saying, “Each and every individual of the team played like a unit and contributed well which helped them lift the coveted trophy. I congratulate them for this title triumph and hope they will continue to perform well and win more laurels for the team.”