How a cameraman stopped Usain Bolt in his tracks 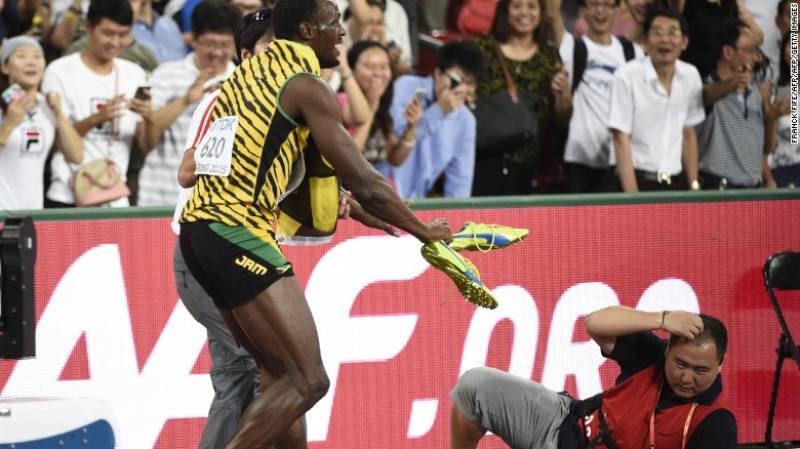 WASHINGTON (Web Desk) - Even the fastest man on Earth has got to watch where he's going.

Usain Bolt snatched the 200 meters title from his arch rival Justin Gatlin at the World Athletics Championships in Beijing in his usual, effortless style.

As he started on a customary lap of honor, his eyes were fixed on the cheering, adoring crowd. A moment he was clearly reveling in, CCN reported.

That was until a cameraman, inches away from the athlete with his lens focused on him, loses control of his Segway, crashes into Bolt, and the two come tumbling down to the ground. The cameraman even gets hit by his equipment as he lands.

Somersaulting and returning to his feet, Bolt recovers. While the culprit reaches out to him apologetically.

He got one thing right though. Maybe that's the only way to stop the legendary athlete in his tracks.