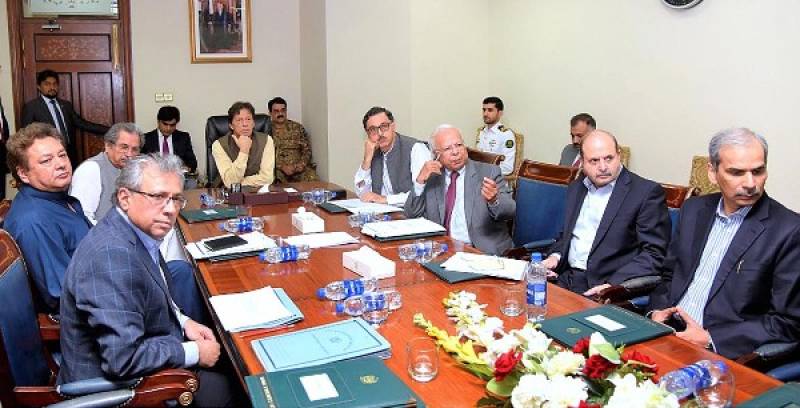 ISLAMABAD - Prime Minister Imran Khan Tuesday chaired a meeting to review progress on the Civil Service reforms and directed for accelerating the process for introduction of these reforms.

Advisor on institutional reforms Dr Ishrat Hussain gave a comprehensive briefing to the prime minister on the progress achieved on these reforms and the future planning.

These included protection during appointment tenure, formation of comprehensive system for appointment of secretaries in different ministries, appointment system for the heads of 65 important independent departments and bodies, and appointment of technical advisors for the assistance of ministers etc.

The prime minister appreciated the efforts of advisor on institutional reforms and observed that the civil service should consist of talented and determined manpower, possessing urge for serving the public so that the political vision could be translated into reality.

The prime minister was apprised that for the first time a complete and transparent mechanism had been made for the appointment of heads of 65 important independent institutions/bodies. Under this mechanism, 30 appointments had been made so far.

This mechanism not only ensured transparency in the system, but also ensured that appointment of relevant people from the concerned official departments/institutions possessing the required expertise could be made on these posts.

The prime minister was further briefed that for the appointment of government employees, professional training, performance-based criteria, promotion mechanism, and appointments on the senior-most posts, necessary changes were being made in the present system after holding a thorough review. The recommendations in this regard would be soon presented before the cabinet.

The prime minister was apprised that work on the salaries of government employees, retirement policy, and accountability systems within the institutions/departments also continued.

A roadmap had been devised for introduction of E-governance in the government system which would help ensure transparency besides, improving the public service delivery and governance.

The prime minister was further apprised that work was in progress for strengthening the Auditor General of Pakistan and establishment of Human Resource Management Division.

Further efforts were being made to organize promotion and service matters of those employees related to specific professional sectors, so that these people could get equal opportunities for getting further promotions.

The prime minister was apprised that for the capacity building of officers and their proper training, a comprehensive system was being devised, besides evaluation of their performance.