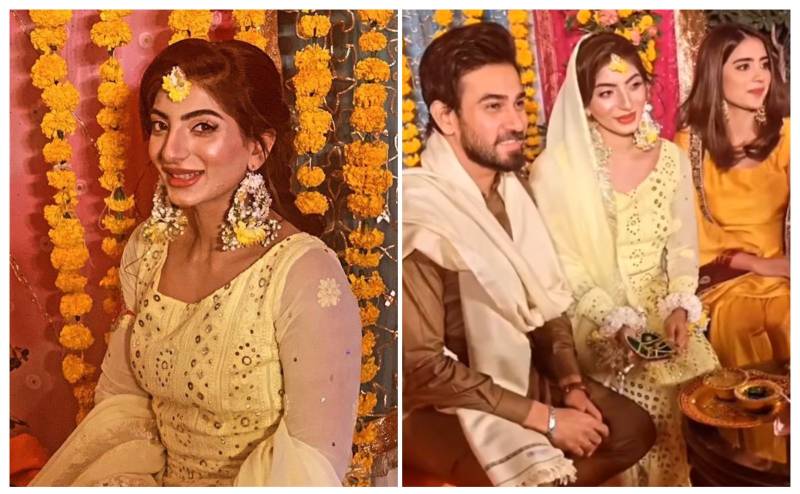 Pakistani actress Mariam Ansari is all set to tie the knot with the son of legendary cricketer Moin Khan, Owais and the pictures from her Mayon ceremony are now going viral on social media.

The bride can be seen beaming with happiness in a beautiful yellow outfit. Wearing flower jewellery, the Dillagi actor smilingly poses for the camera.

Kickstarting the wedding festivities, the intimate celebration was attended by close friends and family  Her brother Ali Ansari and sister-in-law to be Saboor Aly was also spotted at the event.

The super talented 24-year-old emerging actress has appeared in many dramas like Angan, Dillagi, Romeo weds Heer and Bharam. She is the sister of Tv actor Ali Ansari.

Earlier, the couple has their Nikkah ceremony in February 2021. The event was attended by many fellow celebrities including Hania Aamir, Faysal Quraishi, Saboor Aly and many others.