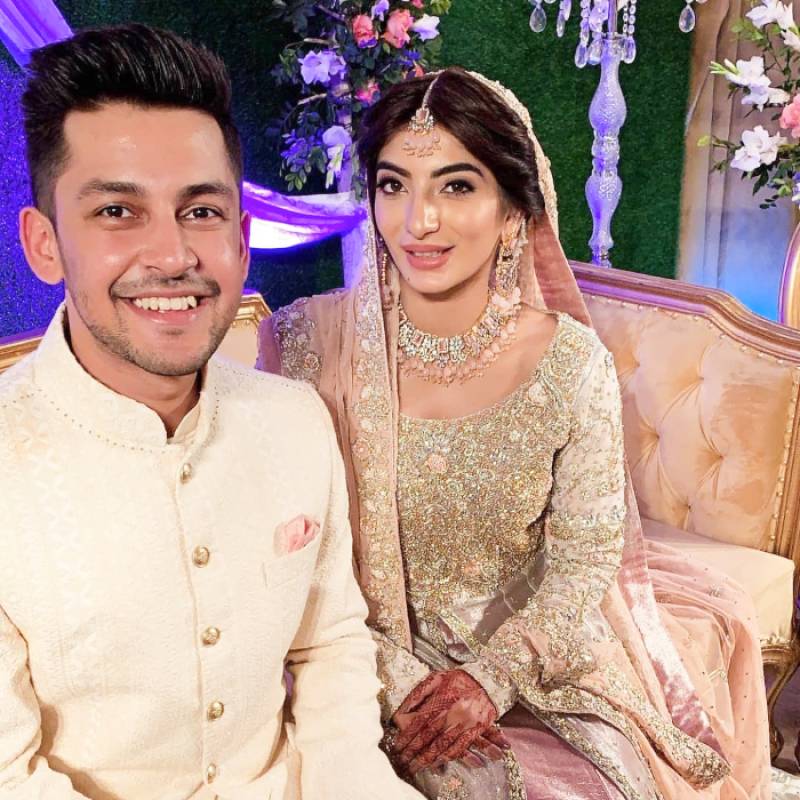 Pakistani TV actress Mariam Ansari has just tied the knot with Owais Khan, son of legendary cricketer Moin Khan, and the pictures from the events have the fans gushing over the newlyweds.

Beaming with happiness, the bride looks stunning in a beautiful silver pink outfit, while the groom is looking dapper in an all-white ensemble. Hania Amir, Tara Mehmood and Faysal Qureshi were spotted at the festivities.

The groom Owais Khan is the eldest son of legendary cricketer Moin Khan. Here are some of the beautiful clicks from the wedding:

Actor Ali Ansari walked her sister Mariam down the aisle, and the sibling duo looked adorable.

The engagement ceremony of Mariam Ansari and Owais was held a day before the marriage ceremony.

The 24-year-old is an emerging actress in Pakistan’s entertainment industry who has appeared in many popular drama serials, but some of her noted dramas are Angan, Dillagi, Romeo weds Heer and Bharam.

Mariam is the sister of Tv actor Ali Ansari.