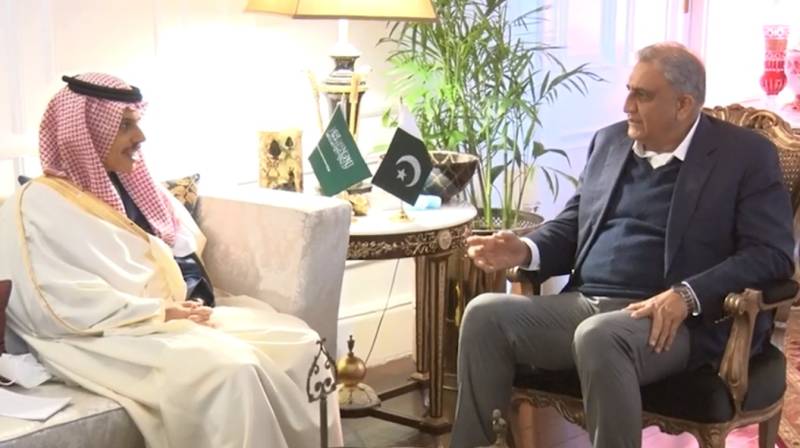 Pakistani top commander admired Saudi leadership for convening the 17th Extraordinary Session of OIC CFM in Islamabad and noted that the conference was extremely important to channelise international efforts and save Afghanistan from looming security and humanitarian crises.

COAS also reiterated that Pakistan valued its historical and brotherly relations with Saudi Arabia and acknowledged the Kingdom’s unique place in the Islamic world.

Gen Bajwa also emphasized that peaceful resolution of the Kashmir dispute was crucial for stability in the region and stressed that Pakistan wanted cordial ties with all its neighbors in pursuit of regional peace and prosperity, the statement added.

The visiting dignitary appreciated Islamabad’s role in the Afghan situation, special efforts for border management, role in regional stability and pledged to play the part for further improvement in diplomatic cooperation with the country at all levels, ISPR said.

Earlier, the foreign ministers of the Kingdom of Saudi Arabia, Iran, and Malaysia called on Prime Minister Imran Khan on the sidelines of the 17th extraordinary session of the Organisation of Islamic Cooperation (OIC).

ISLAMABAD – The foreign ministers of the Kingdom of Saudi Arabia, Iran and Malaysia called on Prime Minister ...

Appreciating the Saudi initiative to convene the Extraordinary Session of the OIC Council of Foreign Ministers on the humanitarian situation in Afghanistan, he expressed the hope that the world would not repeat the mistake of disengaging with Afghanistan.