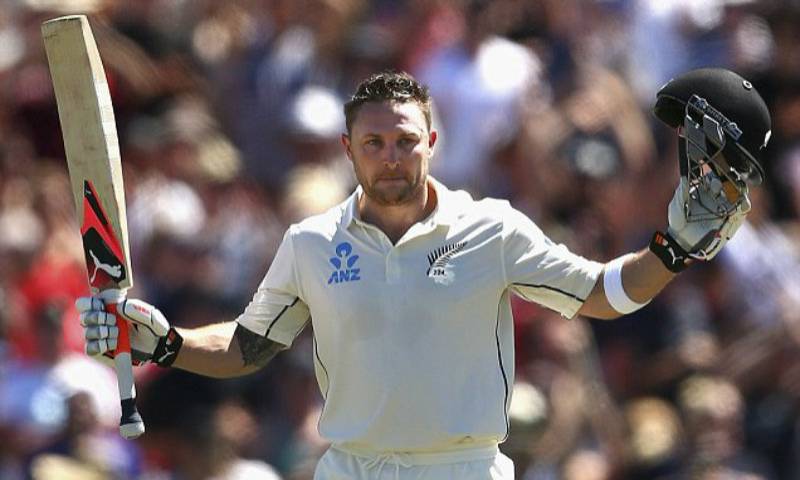 CHRISTCHURCH (Web Desk) - New Zealand captain Brendon McCullum scored the fastest ever Test century in a majestic display against Australia on the first day of the second Test on home ground.

The 34-year-old cricketer needed just 54 balls to reach his 12th century in his 101st and final Test before retiring. 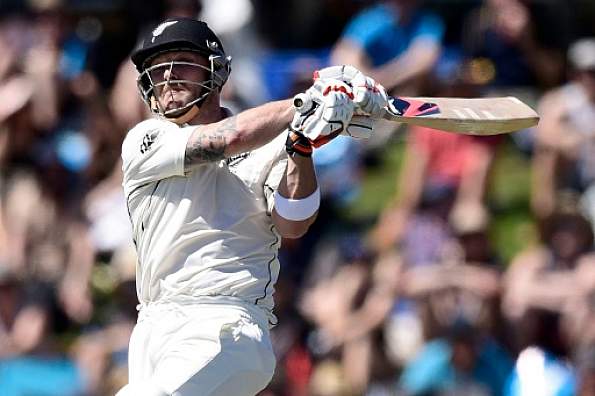 It beat the mark of 56 balls set by West Indies great Sir Viv Richards against England in 1986, and equalled by Pakistan's Misbah-ul-Haq in 2014.

"I was trying to hit every ball for four or six," said McCullum.

"Viv was my idol growing up, he was an incredible cricketer. I'm almost a little bit of embarrassed to go past him, to be honest."

New Zealand, who lost the opening game of the two-Test series, were 32-3 at one point on day one in Christchurch, but recovered to 370 all out before Australia closed on 57-1, the BBC reported.

McCullum had a big piece of luck on 39, when he sliced James Pattinson to Mitchell Marsh. 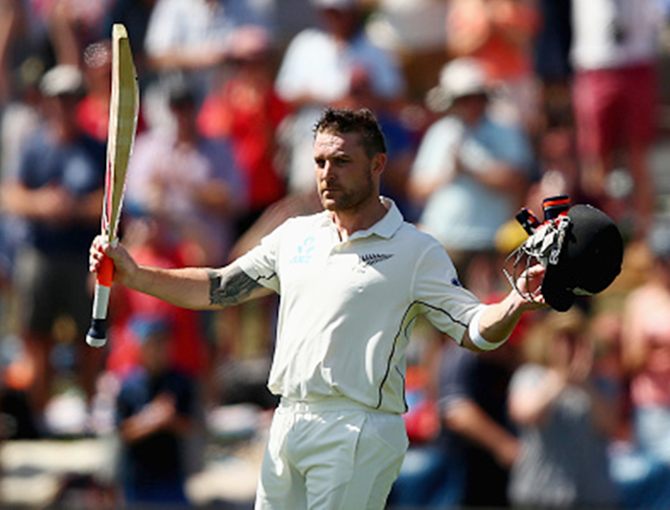 But umpire Richard Kettleborough requested a replay which showed Pattinson had bowled a no-ball.

McCullum had reached 82 from 48 balls when Josh Hazlewood came on to bowl and, after failing to score from the first two balls of the over, the skipper turned on the power, hitting a six, followed by three fours, to give him the record.

He finally fell for 145 off 79 balls when he was caught by Nathan Lyon off Pattinson.